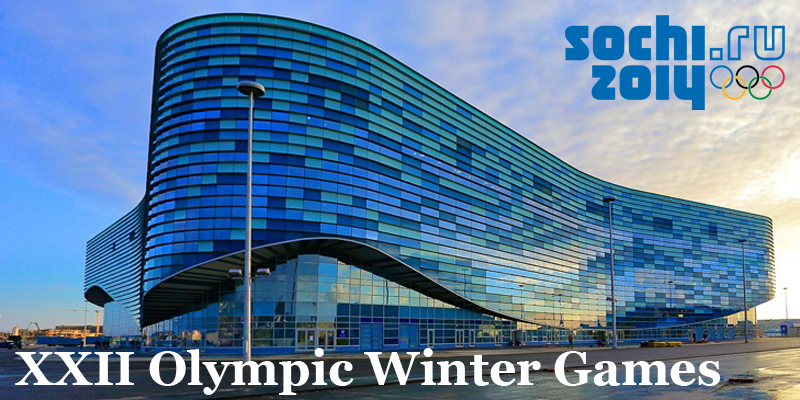 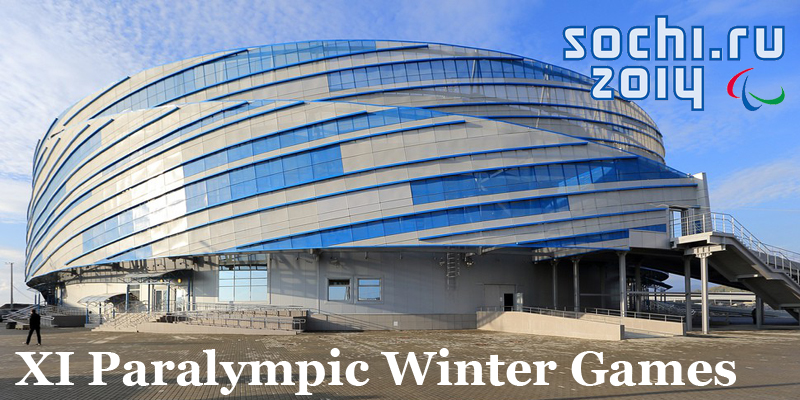 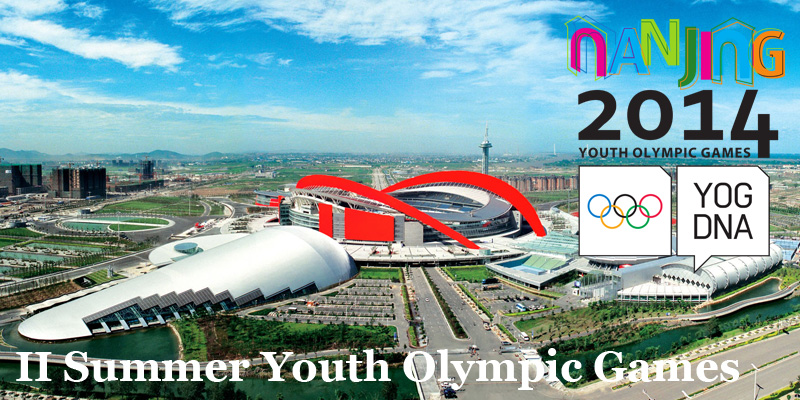 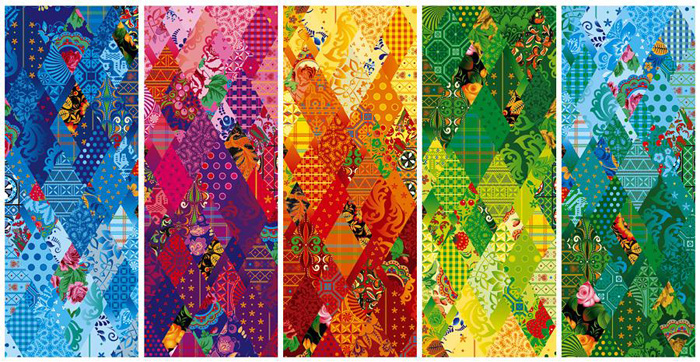 The Olympic patchwork quilt, developed by Bosco’s creative department and given to the Sochi 2014 Organising Committee, will be the official Look of Russia’s first Winter Games.

Every region in the world is proud of its unique origins, and it is no different in Russia. That is why there are so many different local traditions, songs and crafts that highlight the individuality of their creators, each valuable in its own right. Bosco had a wealth of choices to represent Russia’s rich diversity, but in the end we settled on something familiar, warm and welcoming: the patchwork quilt.

In the concept design, every patch was infused with the history and personality of traditional crafts from each of Russia’s 89 regions: in a single tapestry we combined Uftyuzhskaya painting and Vologda lace, Gzhel and Zhostovo painting, Kubachi patterns and the flowers of Pavlo Posad shawls, Mezenskaya painting and Khokhloma, Yakutsk patterns, fabrics of Ivanovo and other distinctive Russian patterns. That is how we arrived at a modern, distinctive and unmistakeably Russian Look of the Games. 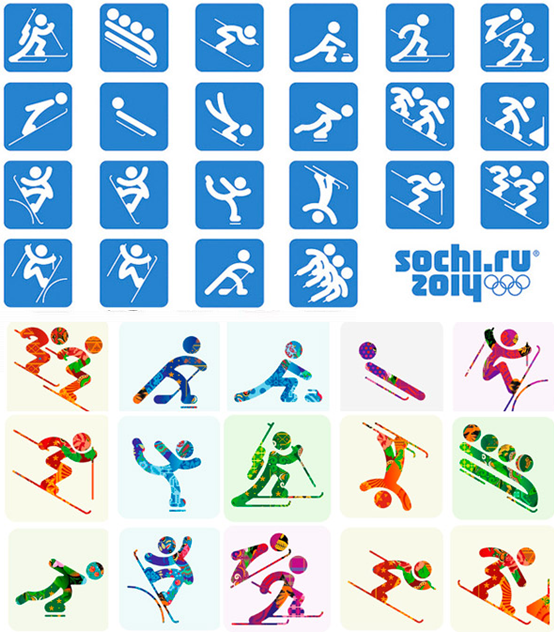 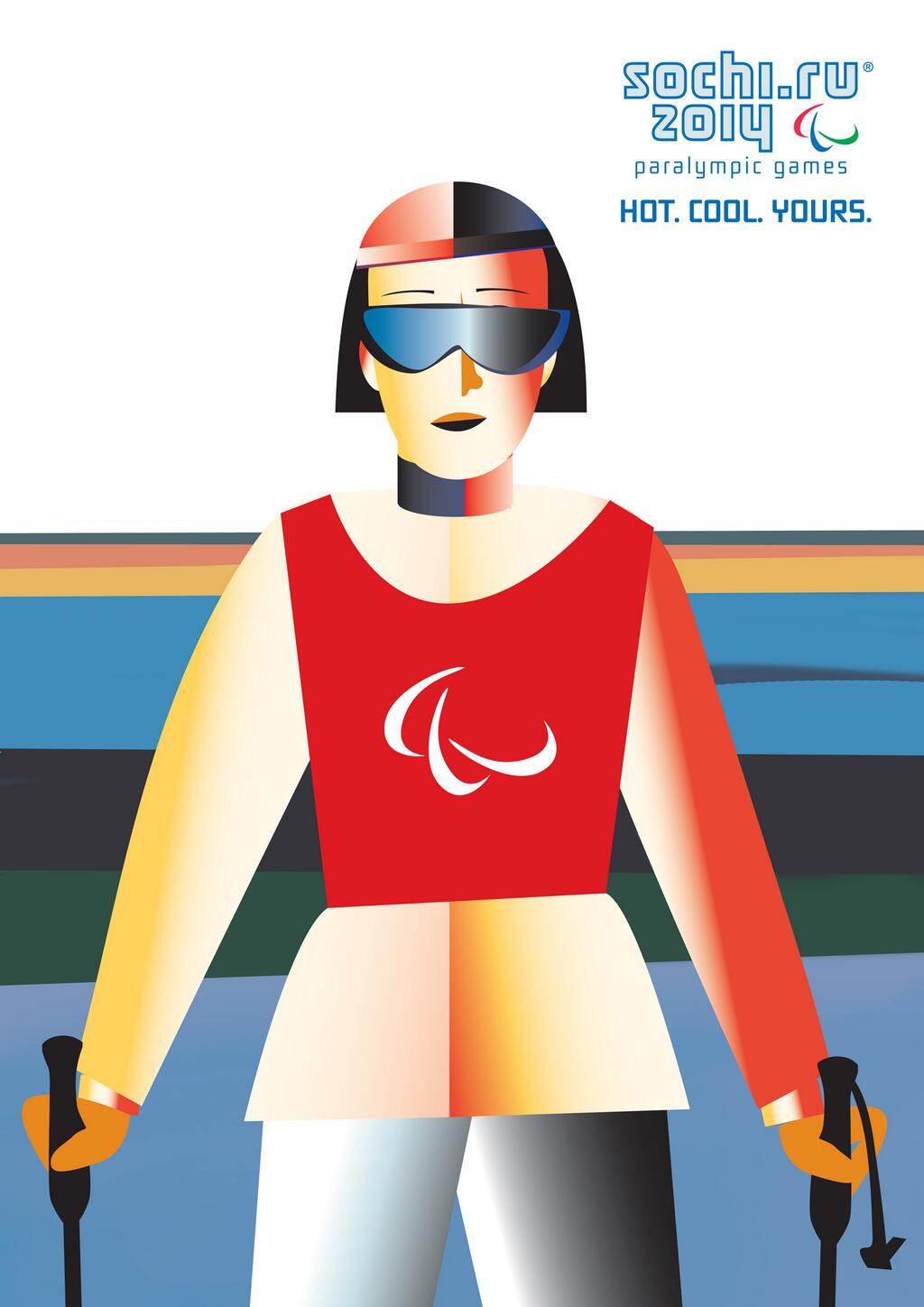 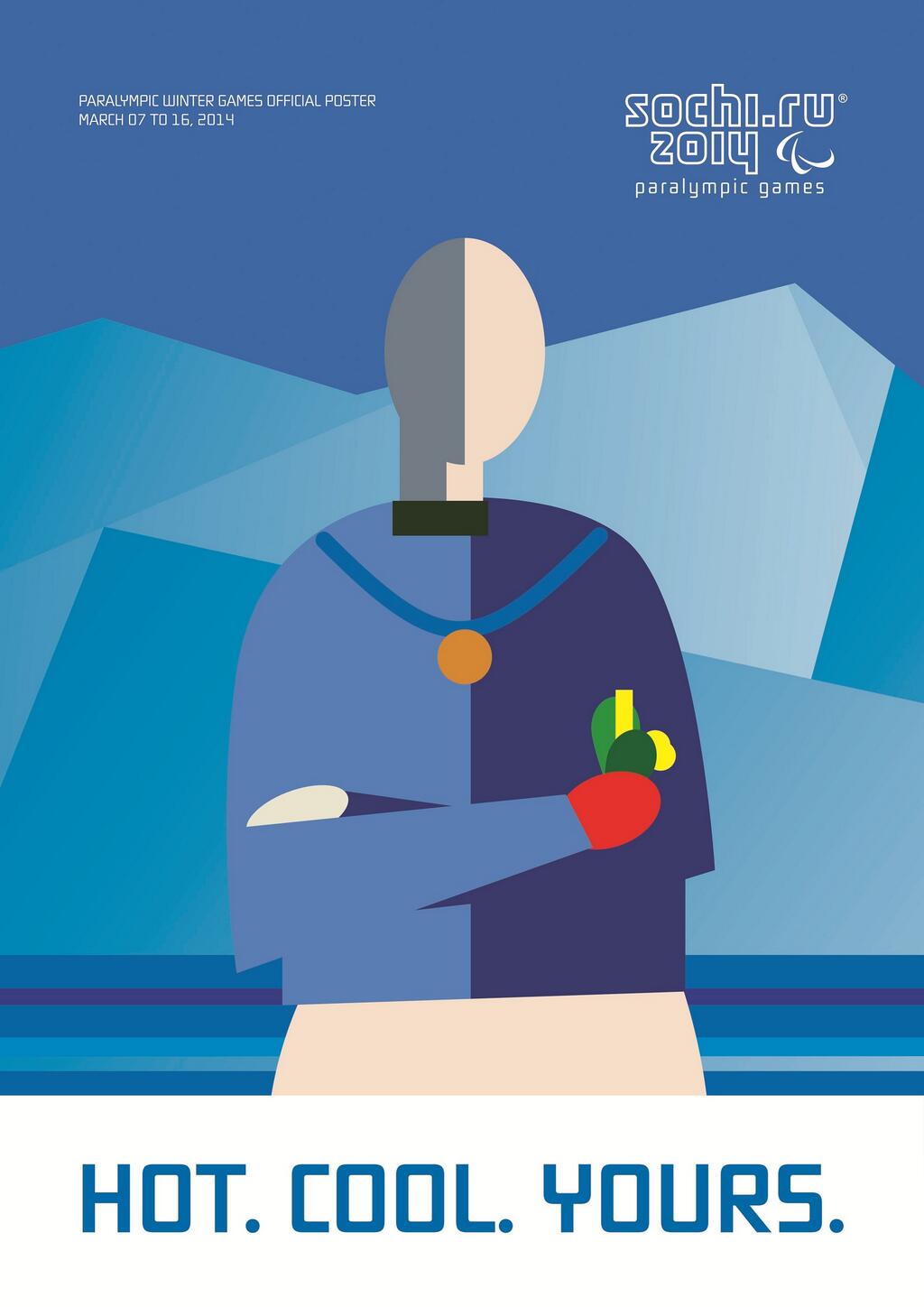 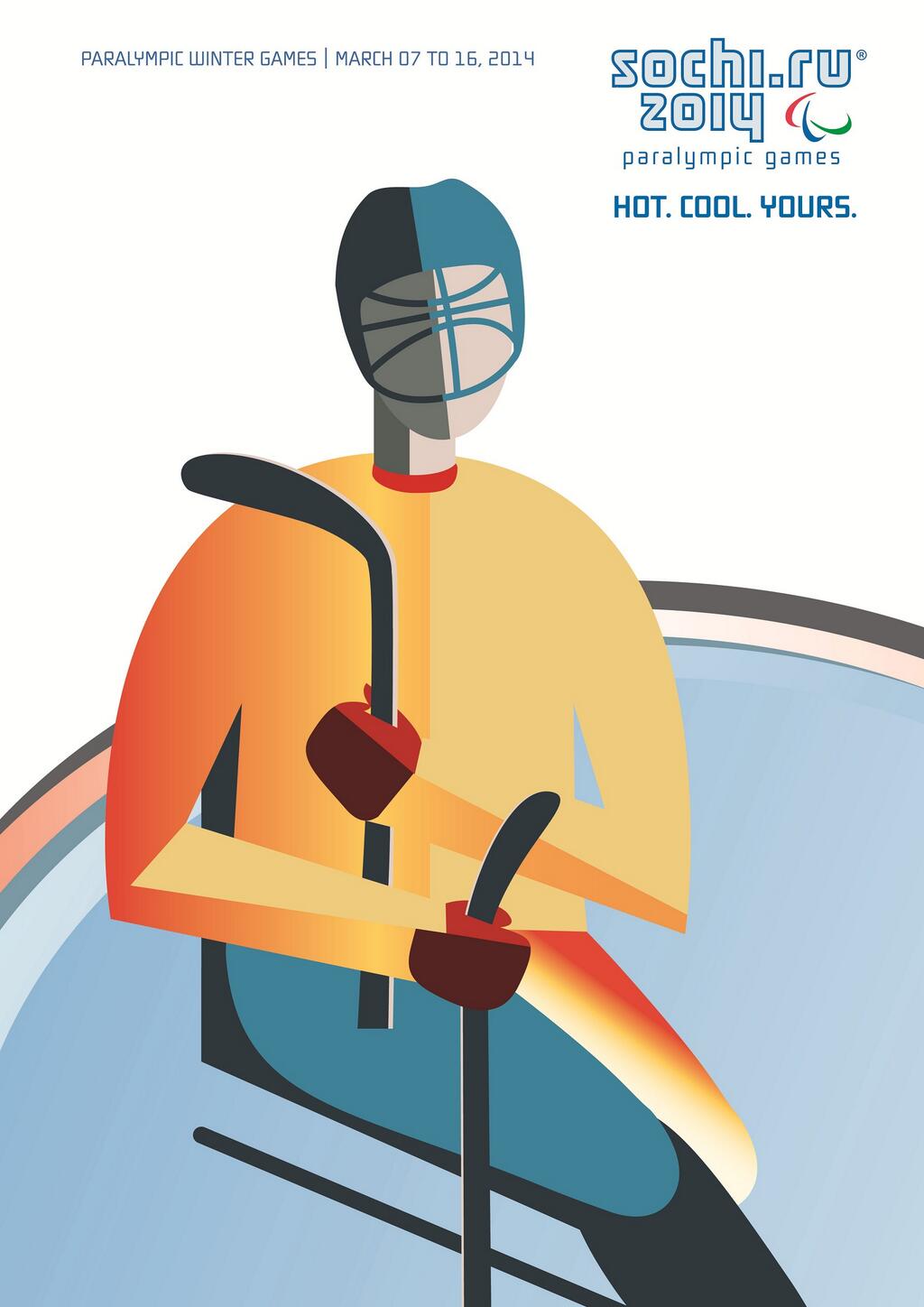 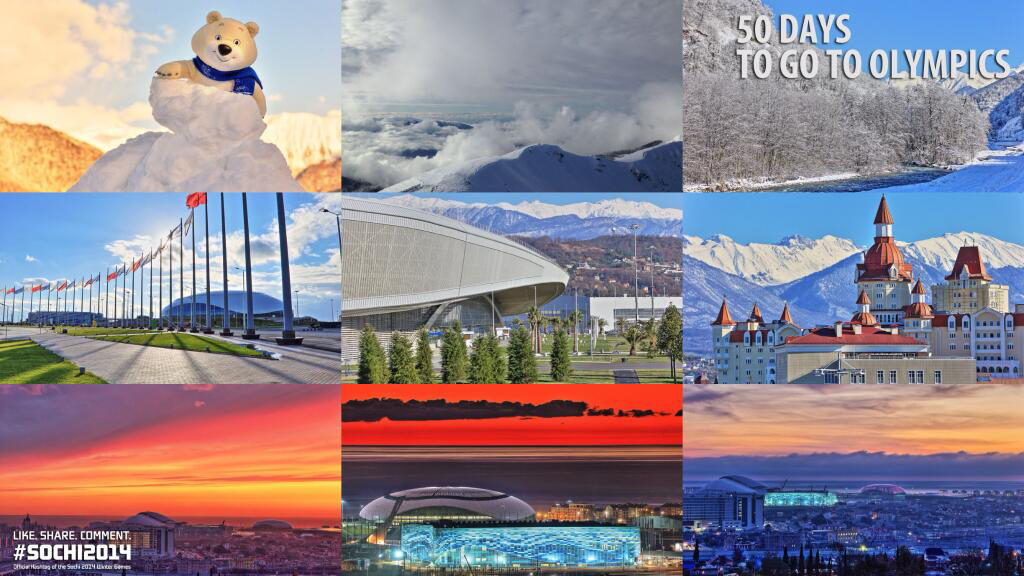 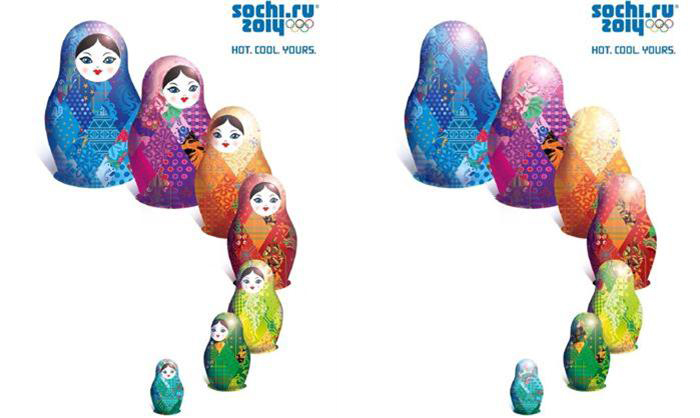 The Sochi 2014 Organizing Committee has unveiled the official posters of the XXII Olympic and XI Paralympic Winter Games in Sochi, which reflect the core values of the Sochi 2014 brand. The posters are a key element of the Games and are designed to promote the Games and to reflect the look and atmosphere of this global-scale sporting event. 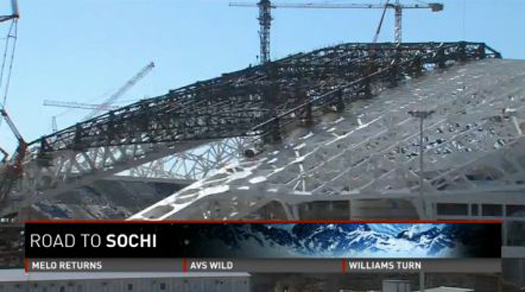 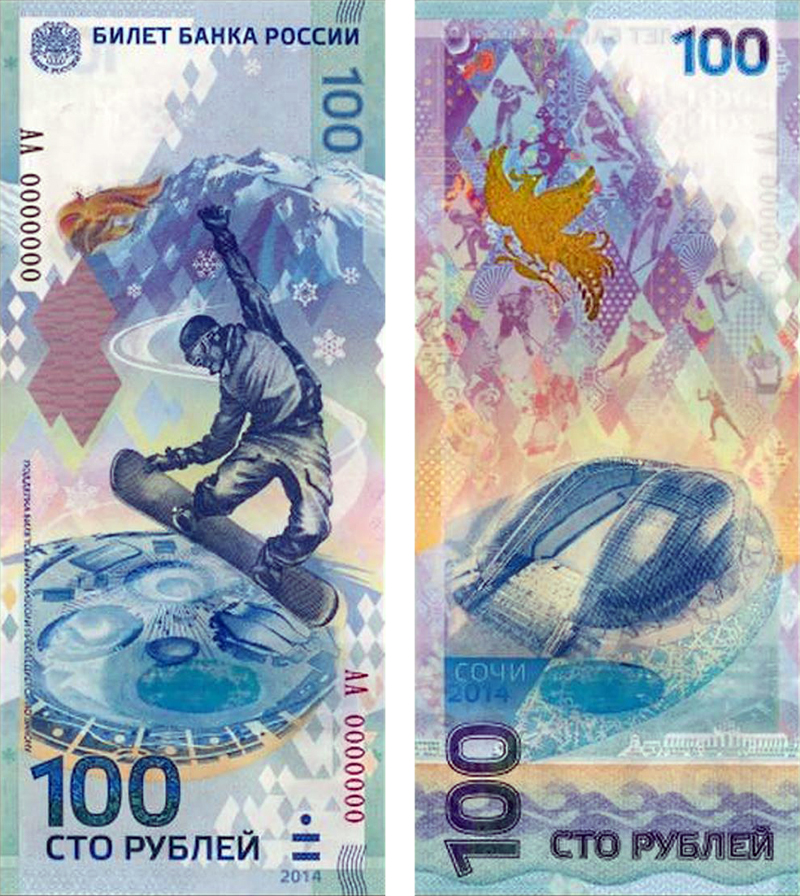 The Sochi 2014 Olympic Stadium (Fisht, designed by Populous) is featured on a 100 rouble banknote.

Presentation of the Olympic venues for the XXII Olympic Winter Games in Sochi. 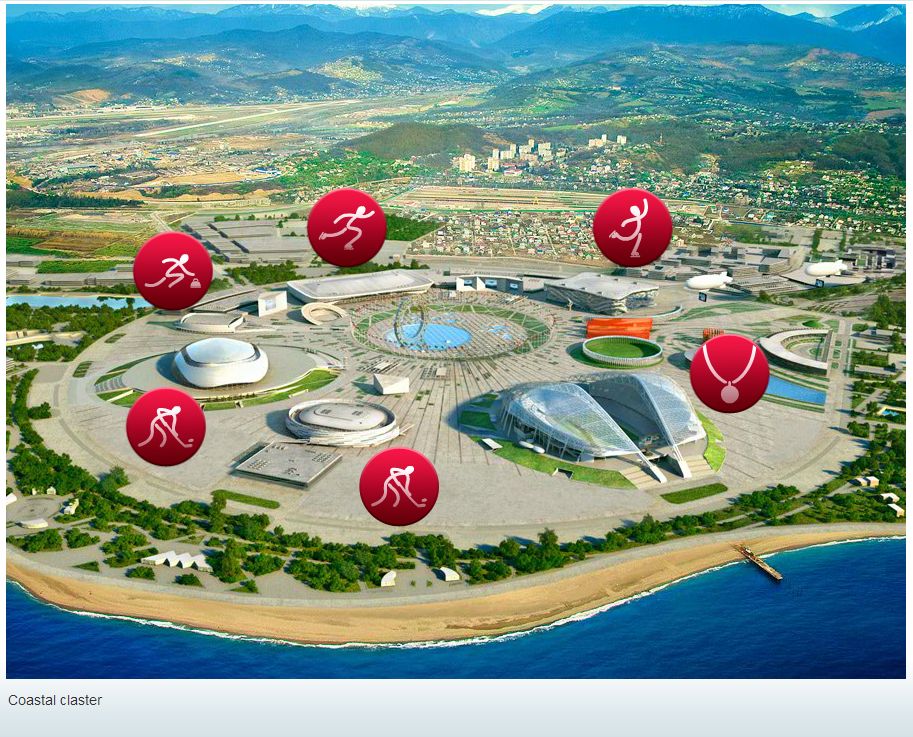 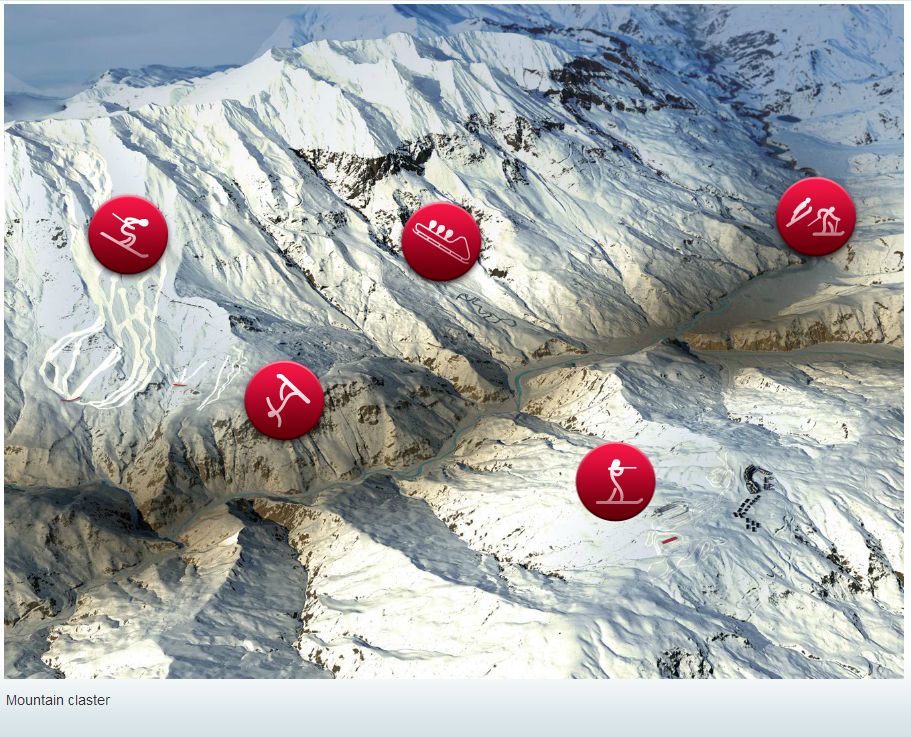