This is the fourth edition of ‘Architecture of the Games Magazine’. This edition focuses on the XXIV Olympic Winter Games – Beijing 2022. We take a look to the Games from the perspective of the designer: We explain the Beijing 2022 Masterplan and give a complete overview of all the venues. 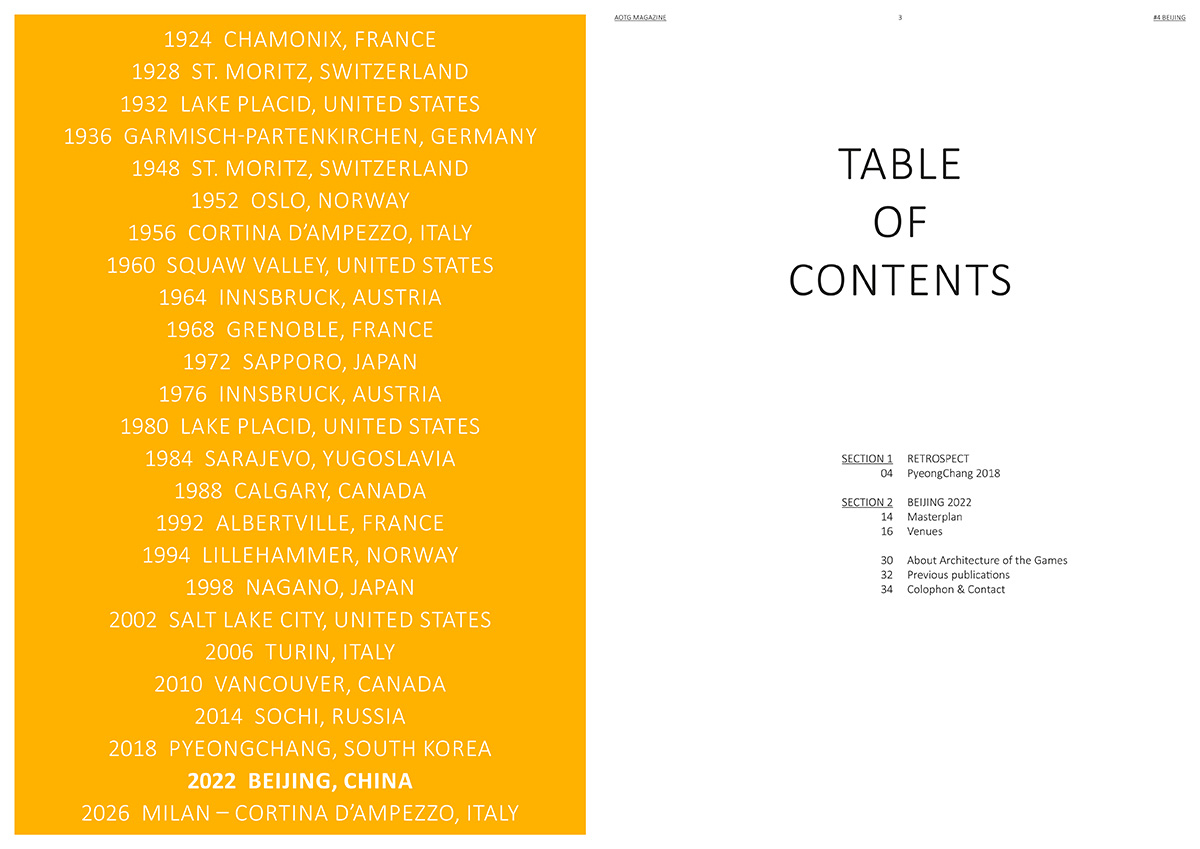 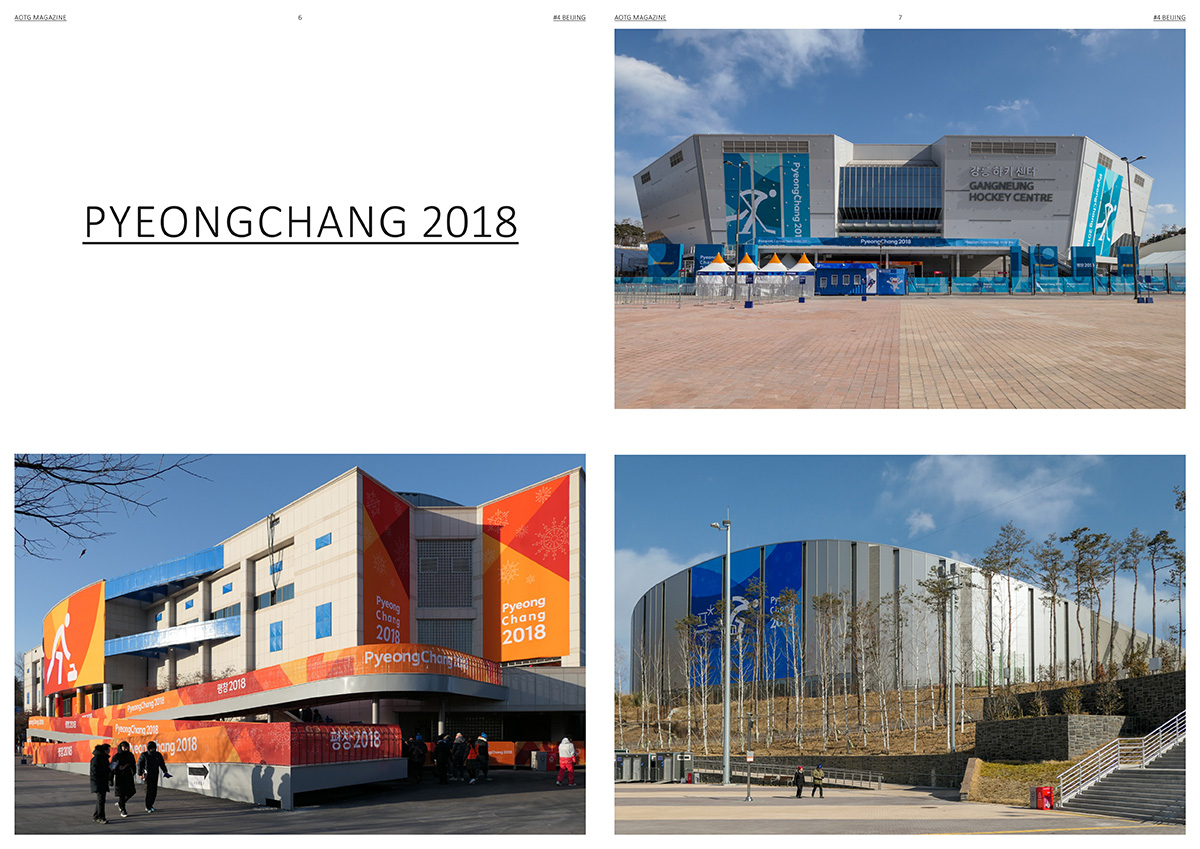 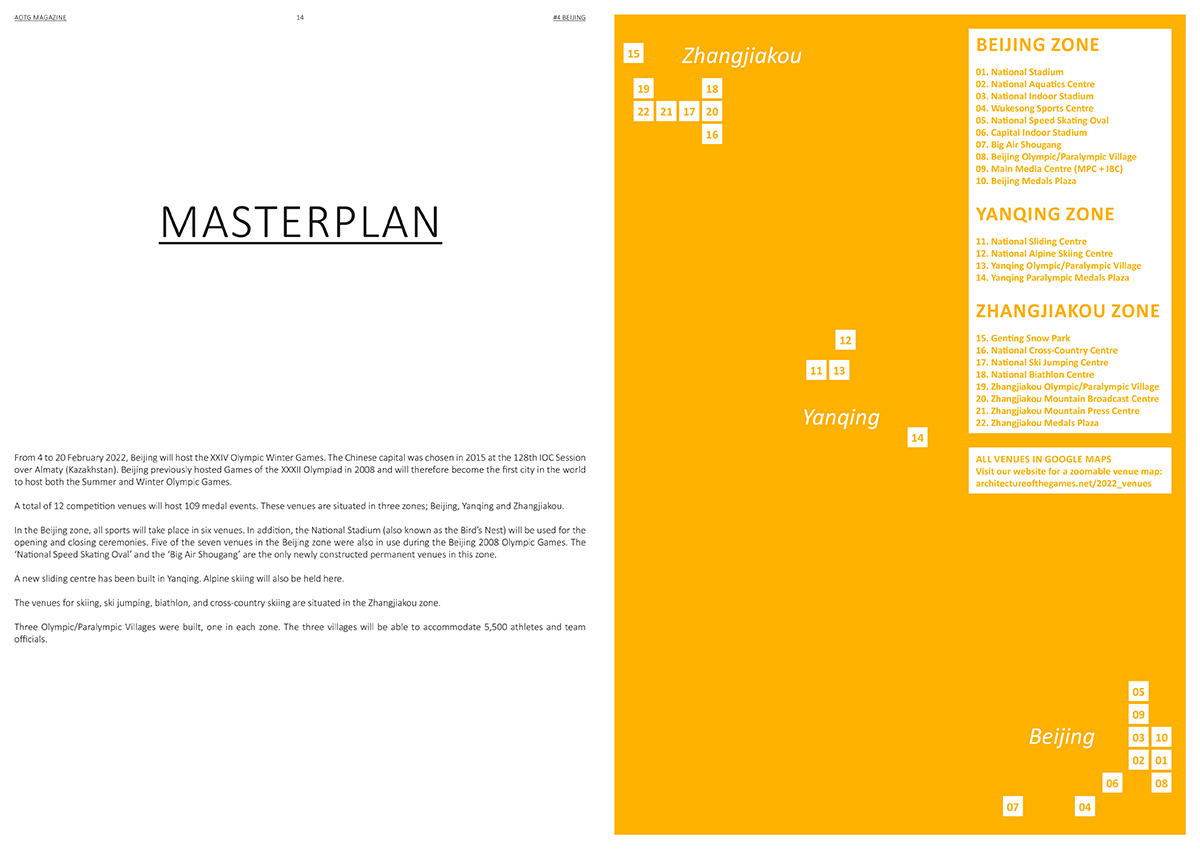 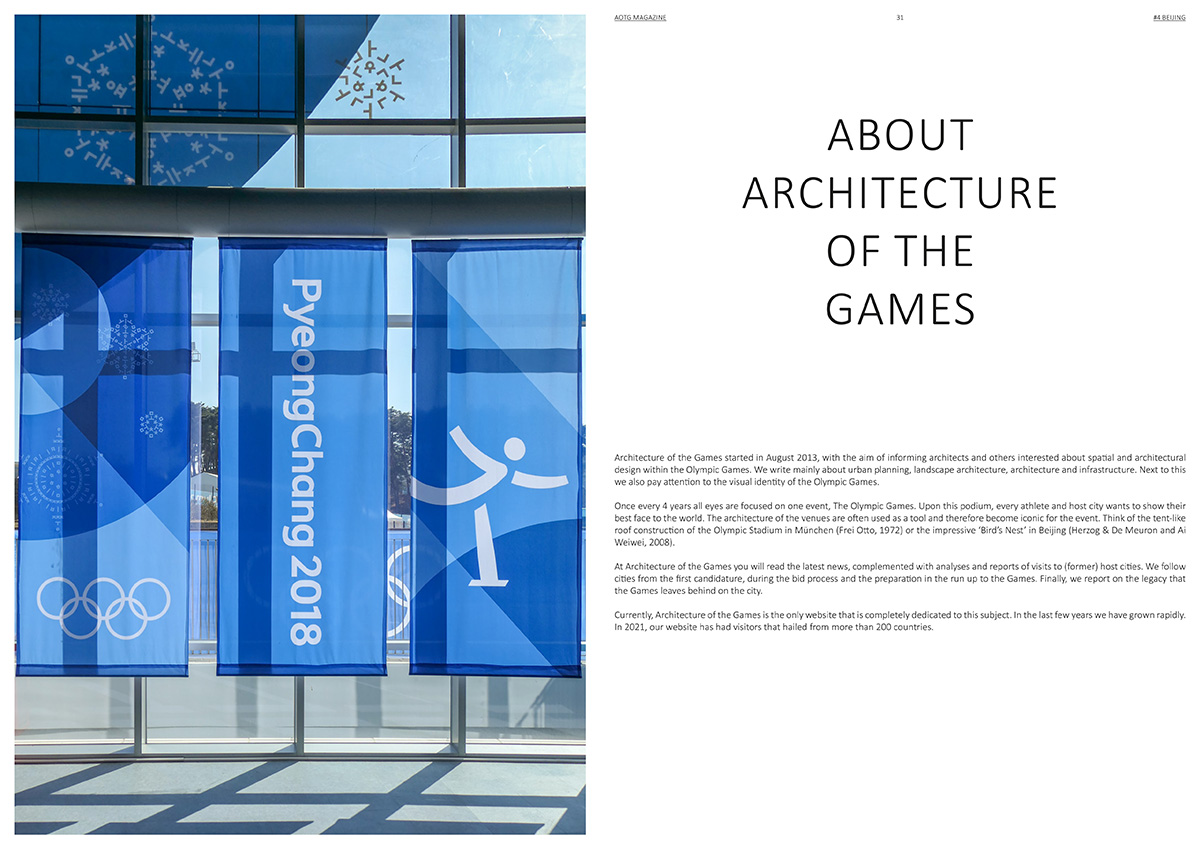 This is the third edition of ‘Architecture of the Games Magazine’. This edition focuses on the Games of the XXXII Olympiad – Tokyo 2020. We take a look to the Games from the perspective of the designer. We explain the Tokyo 2020 Masterplan, give a complete overview of all the venues and pay attention to Japanese urban planning and architecture in general. 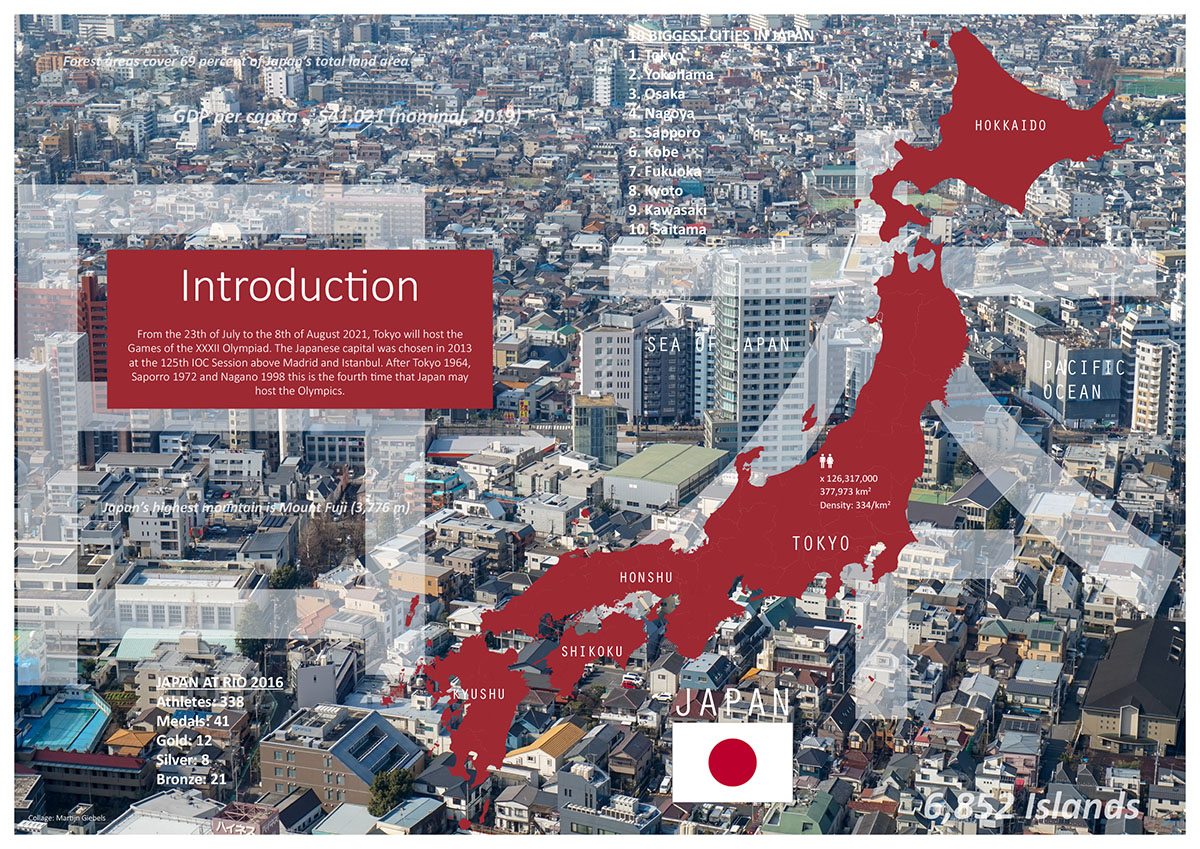 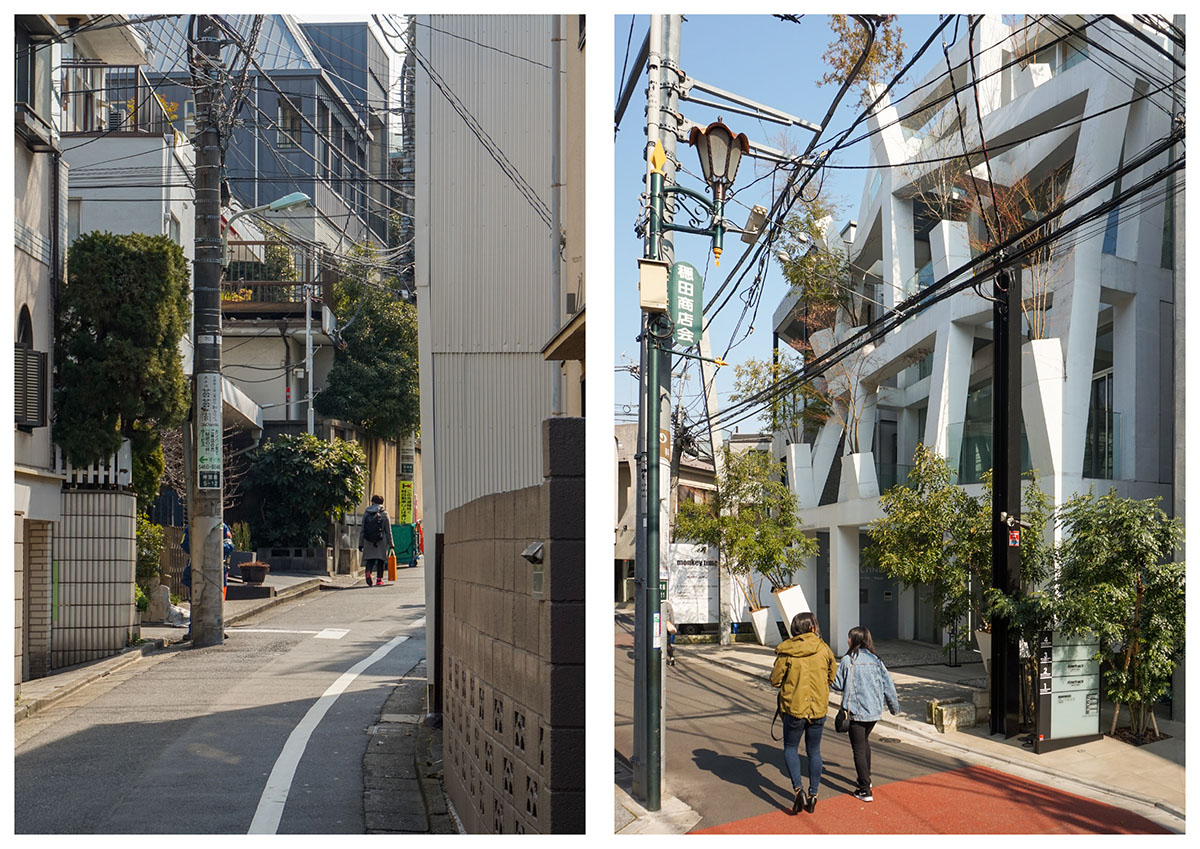 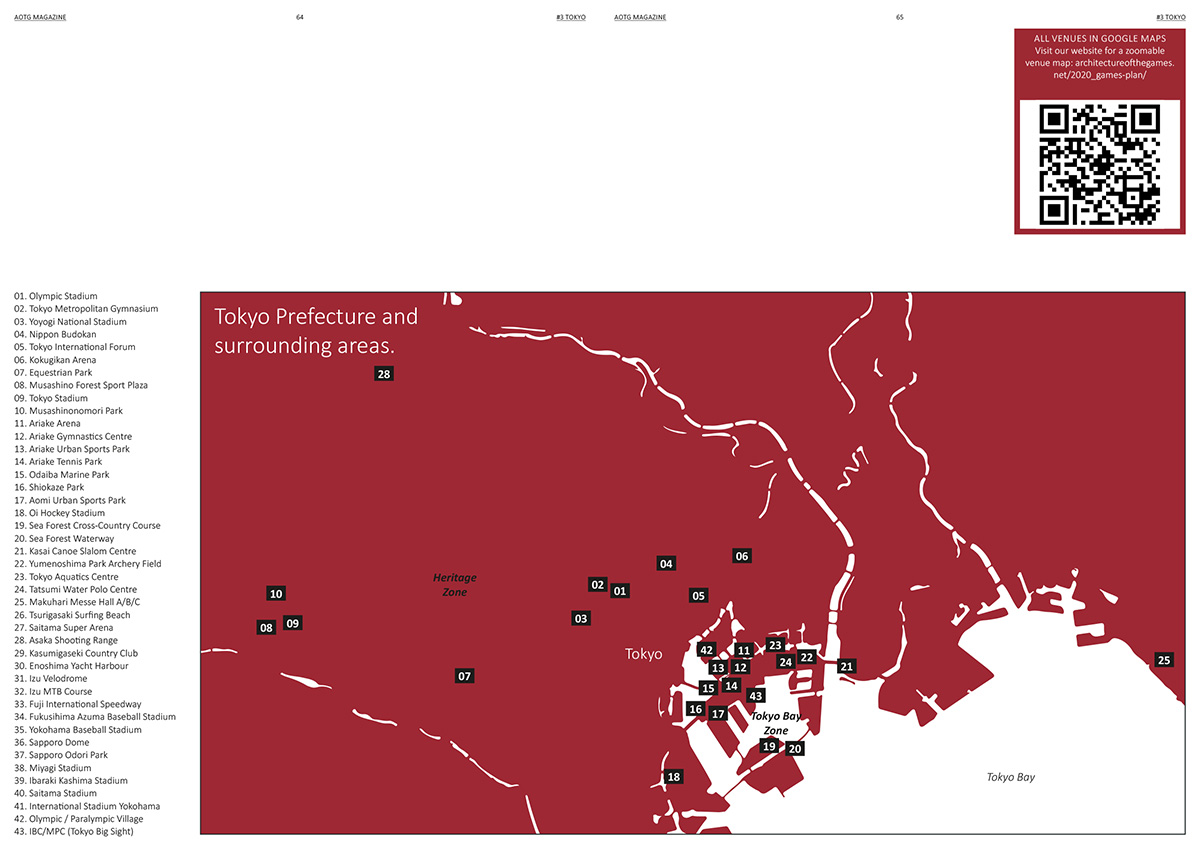 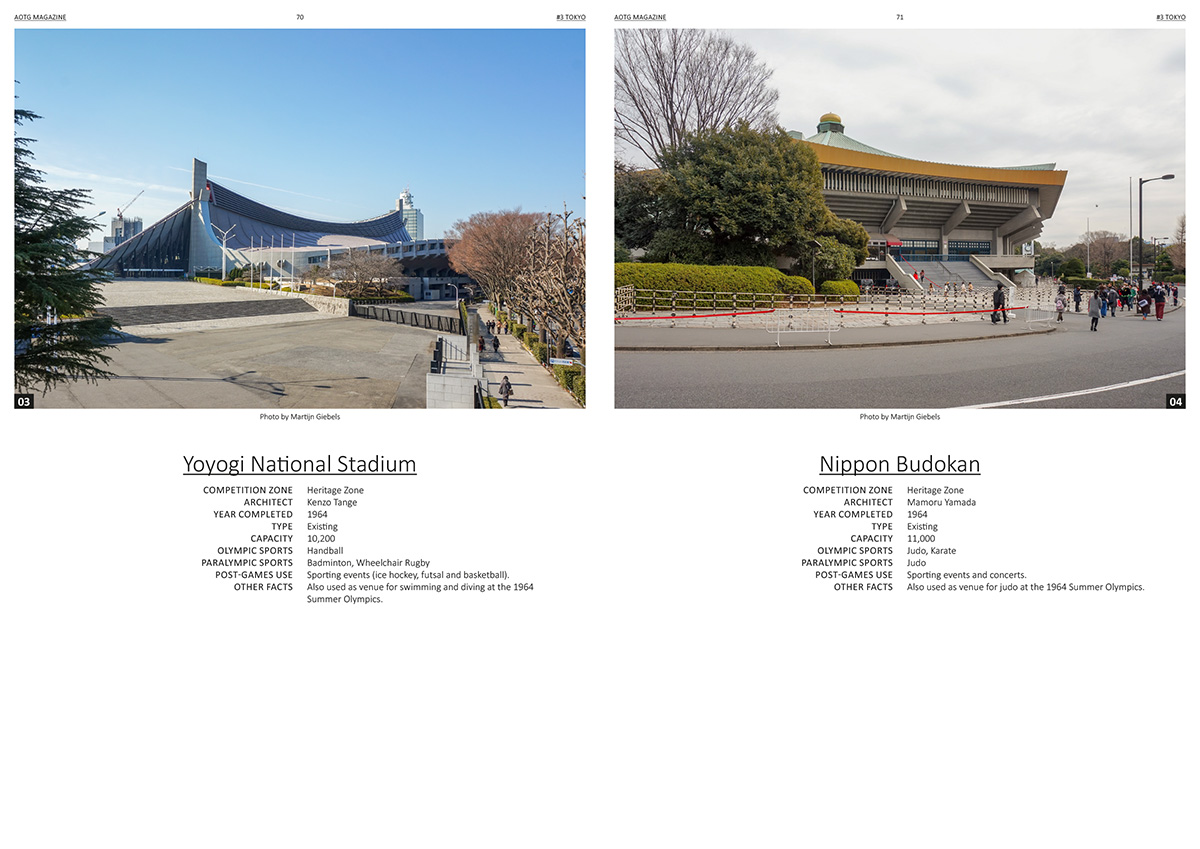 Exactly one year ago the XXIII Olympic Winter Games took place in the Republic of Korea. PyeongChang 2018 will go down in history for multiple reasons; not only because of the participation of North Korea and the many memorable sporting achievements, but also because of the excellent organization of the event and the South Korean hospitality.

During the first week of the Games I stayed in Gangneung and visited events in both the ‘Coastal Cluster’ as ‘Mountain Cluster’. The photo essay in this magazine documents my visit. I wanted to capture the entire Olympic visitor experience; showing the part of the Games that is often hidden to viewers at home. 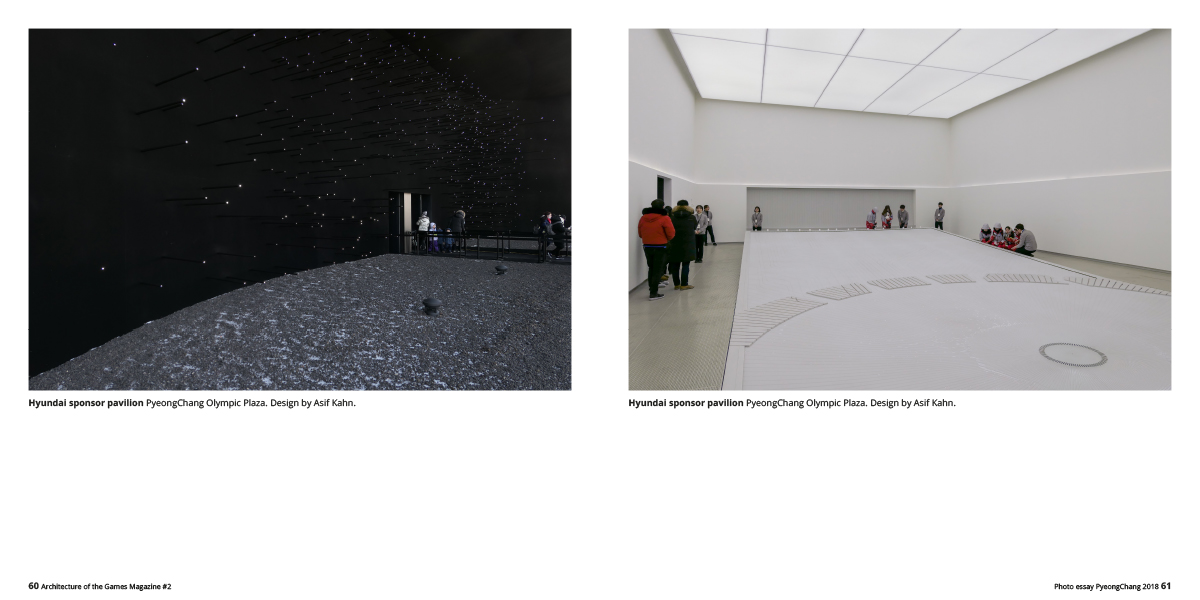 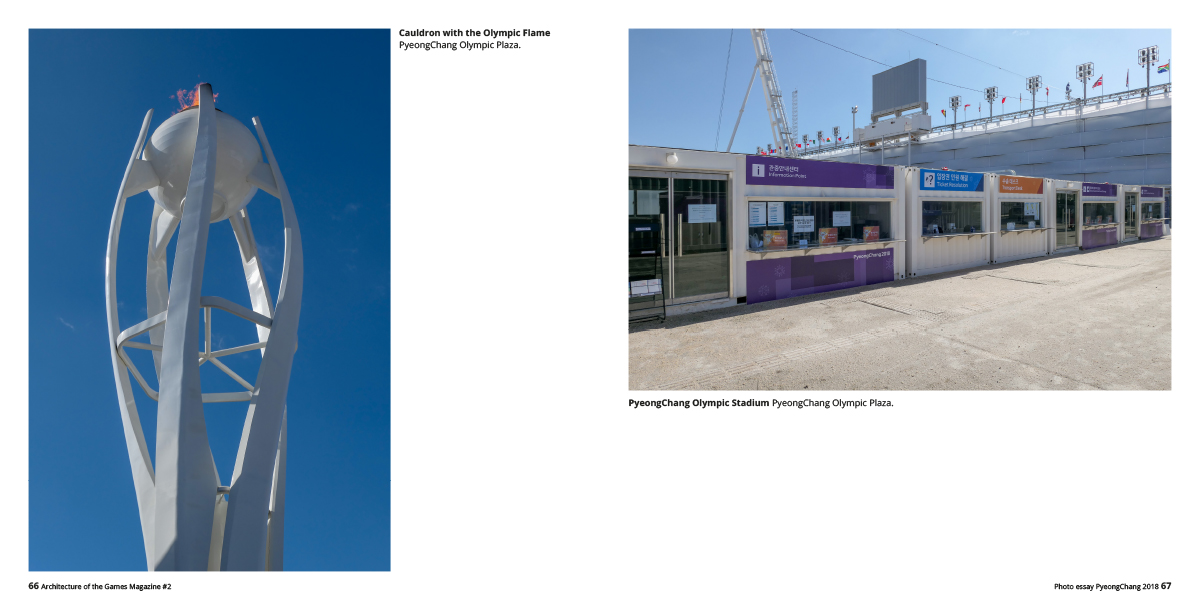 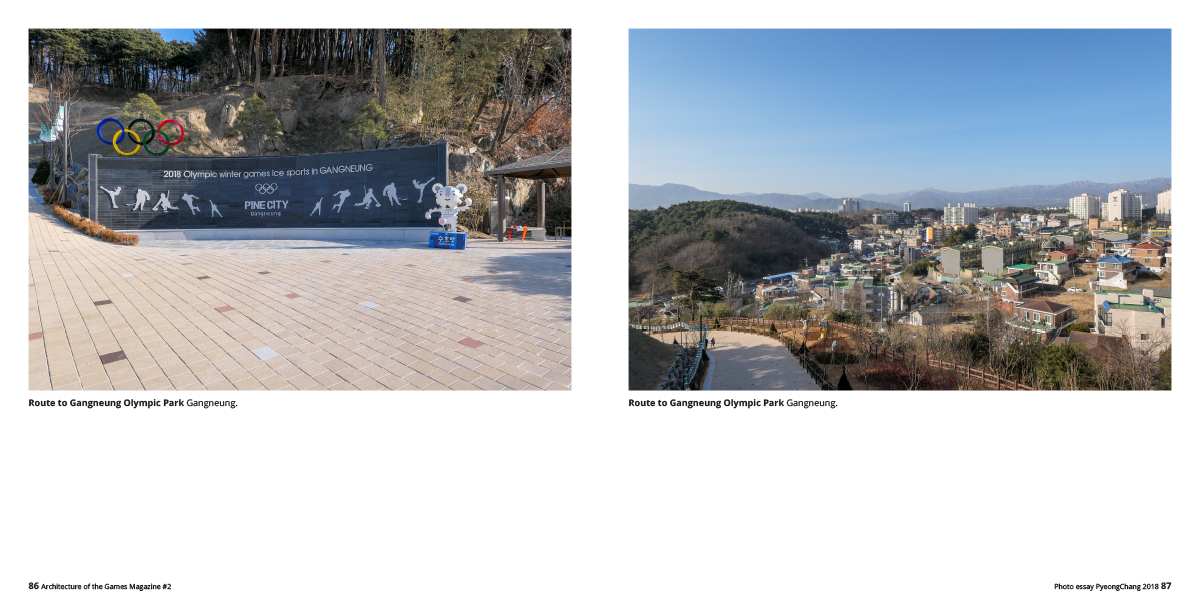 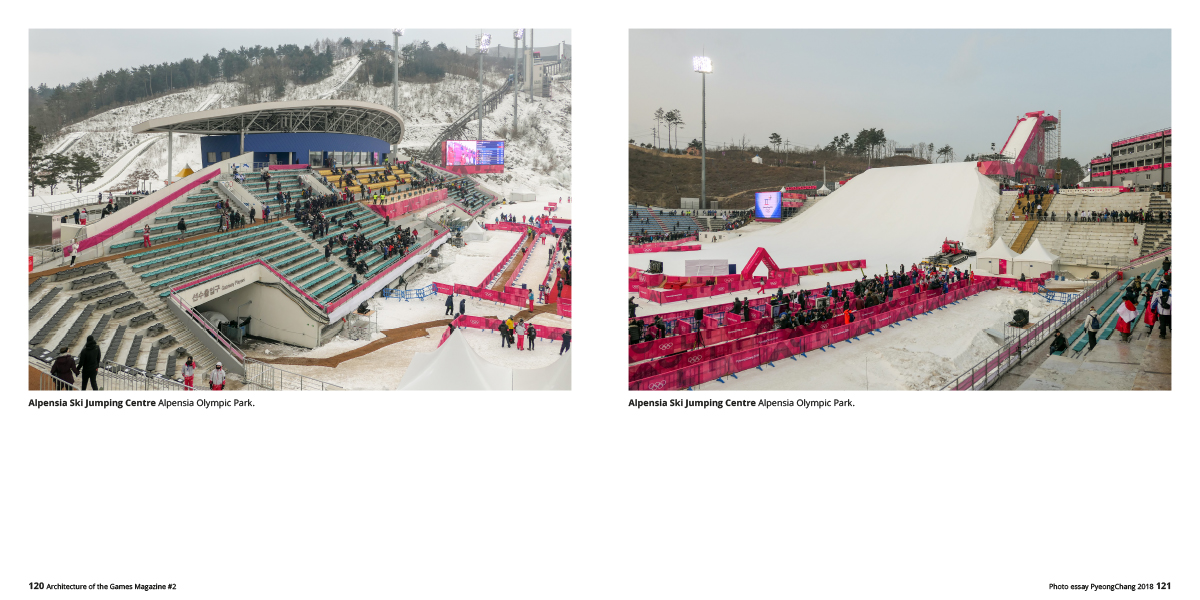 In ‘Architecture of the Games Magazine’ we take a look at the Olympic Games from the perspective of the designer. We will be paying special attention to the 2018 Olympic Winter Games in PyeongChang. Other topics include Rio 2016, the new Candidature Process for the 2026 Olympic Winter Games and the Olympic Legacy of Barcelona 1992 and London 2012. In the last section you will find a report of our visit to ‘Olympic Capital’ Lausanne.

END_OF_DOCUMENT_TOKEN_TO_BE_REPLACED 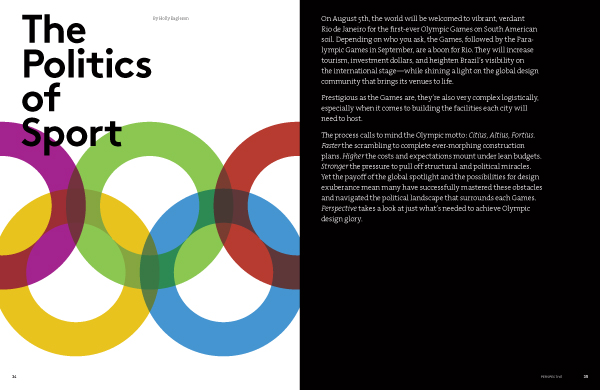 Article worth reading in Perspective magazine: The Politics of Sport

This year we will be paying special attention to the Olympic Games in Rio de Janeiro, resulting in (among other things) the publication of this magazine.

END_OF_DOCUMENT_TOKEN_TO_BE_REPLACED

The next issue of Architectural Design is fully dedicated to Brazil. From the publisher: 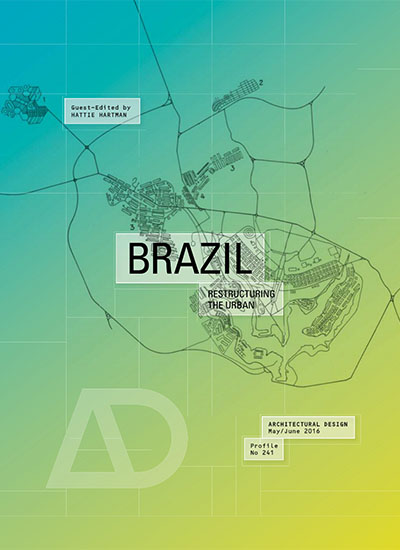 Brazil is a country of city dwellers undergoing radical transformation: over 85 per cent of the country s citizens live in cities and over 40 per cent of the population live in metropolises of more than a million people. Whereas previously urban growth had been ad hoc, preparation for the FIFA World Cup in 12 cities across the country in 2014, and for the upcoming Olympic and Paralympic Games in Rio, changed all that. Several Brazilian cities have proactively invested in infrastructure and the public realm. And a number of projects by international starchitects have heightened interest in Brazil from architects and urban practitioners abroad. The failure of public authorities to meet their ambitious aspirations for the sporting mega-events sparked a series of street protests across the country under the banner of the right to the city , beginning in 2013. For Brazil, this was an entirely new phenomenon, one which has unveiled the potential for bottom-up influences to effect urban change. The focus of this issue, though, is on design projects that contribute a strong sense of place to their respective cities, highlighting also the integration of landscape design in urban planning and community interventions that seek to address the enormous disparity between the lives of the country s rich and poor. Contributors: Ricky Burdett, Thomas Deckker, Gabriel Duarte, Sergio Ekerman, Nanda Eskes and Andre Vieira, Alexandre Hepner and Silvio Soares Macedo, Circe Monteiro and Luiz Carvalho, Joana Carla Soares Goncalves, Jaime Lerner, Ana Luiza Nobre, Justin McGuirk, Francesco Perrotta-Bosch, Maria do Rocio Rosario, Fernando Serapiao, Guilherme Wisnik Featured architects: AECOM, Biselli Katchborian, Brasil Arquitetura, Santiago Calatrava, Studio Arthur Casas, Diller Scofdio + Renfro, Herzog & de Meuron, Vigliecca & Associados 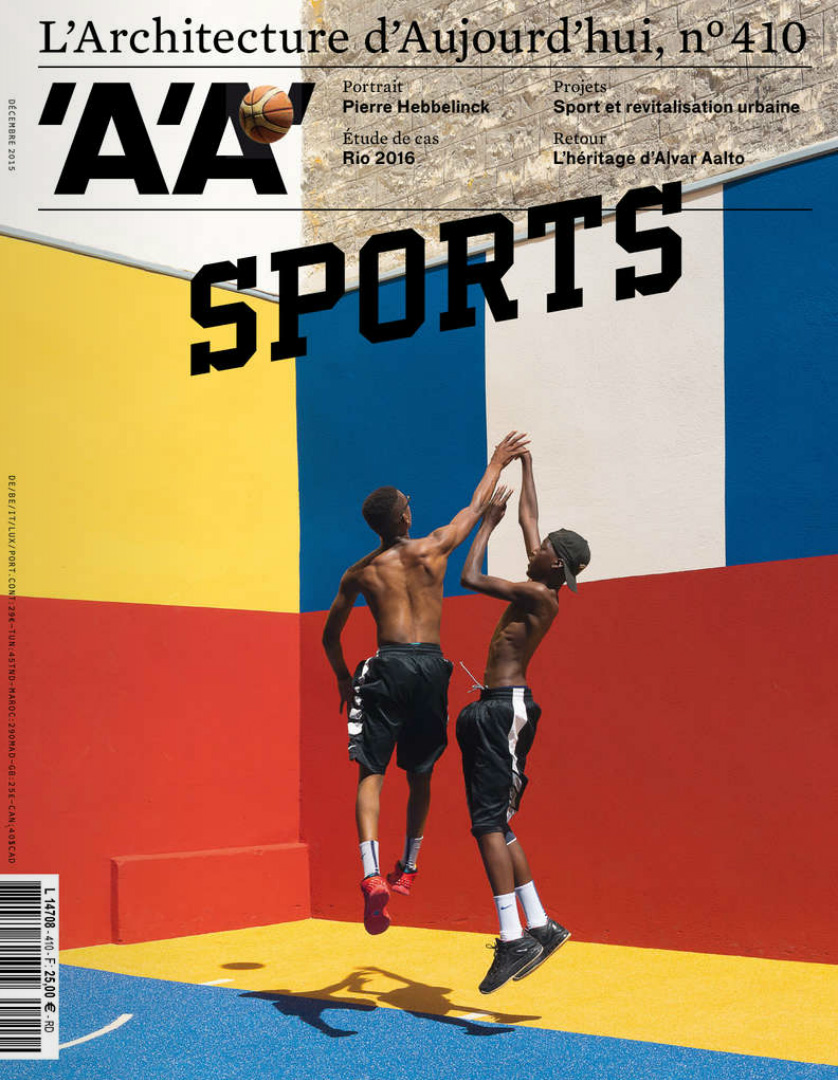 At a time when sports infrastructures are regional development initiators, sport is more than ever tied to the city. And even if these facilities’ ambitions are occasionally questionable, they are nonetheless factors – and often accelerators – of the revitalization of districts, cities, or even whole territories, creating economic growth and social cohesion.