Skip to content
Worldwide Olympic Partner Panasonic hosts Tokyo 2020 Special Exhibition “The Passions”
In preparation for the Olympic Games Tokyo 2020, the Panasonic Centre Tokyo (PC Tokyo) has designed a special exhibition called “The Passions: Our Passions will Shape the Future,” as part of the Tokyo 2020 official programme. The exhibition, which is running until 9 December 2017, introduces the work of designers and creators involved in the Games, primarily focusing on the Tokyo Olympic and Paralympic Games, from Tokyo 1964 to Tokyo 2020. 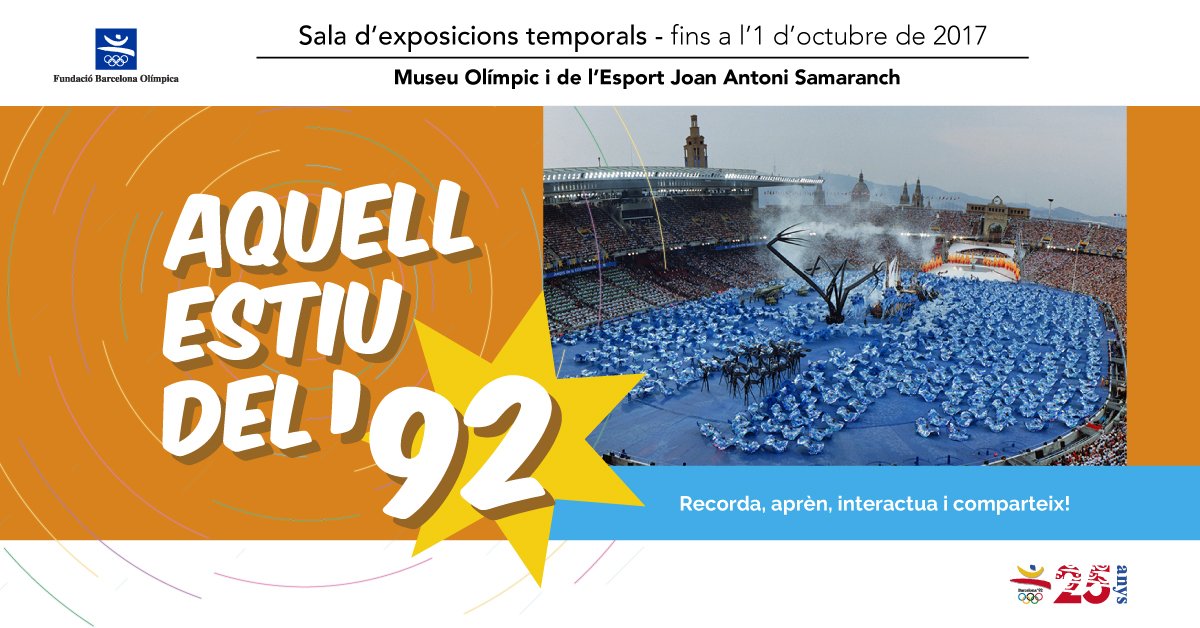 To mark the 25th anniversary of the most important sporting event in the city’s history, the Fundació Barcelona Olímpica presents Aquell Estiu del ’92 (The Summer of ’92), a dynamic space commemorating the Barcelona’92 Olympic and Paralympic Games.

Remember, learn, interact, share, immortalise and enjoy a small part of the legacy of Barcelona being the Olympic host city and showcasing the city around the world.

A six-month programme devoted to the art of sports photography, emotions and the crucial moment. You will never look at sports photos in the same way again.

What if photographing sport was a whole other art? The Olympic Museum in Lausanne is celebrating the 8th art from every angle with, at the top of the list, a major exhibition, “Who Shot Sports: A Photographic History, 1843 to the present” organised by the Brooklyn Museum; a retrospective of “Rio 2016: through the lens of four photographers”; a “best of” selection of 20 photos from the IOC’s collections; and finally, a big weekend event devoted to sports imagery.

For more information visit the The Olympic Museum website.

Simultaneously with the exhibition, The Olympic Museum organizes a photo contest. Read more.

An exhibition on Olympic stadiums opened last week in The Olympic Museum in Lausanne, Switzerland:

STADIUMS PAST AND FUTURE

The exhibition addresses the stadium through the relationship it maintains, both with the city in which it stands, and with the various protagonists involved.

We are attempting to observe the role and impact of the stadium as a whole, not only from an architectural point of view.

An exhibition in three parts
The first zone briefly retraces the long history of stadiums since Antiquity, starting with their basic functions: to delimit the area of a sports competition and bring together an enthusiastic audience.

The central part is focused on the Olympic Games London 2012, to show that a stadium is not only built for the 16 days of competition, but is also a project that runs for more than 30 years. Sustainable development and legacy are the key words here.

For more information visit the The Olympic Museum website. 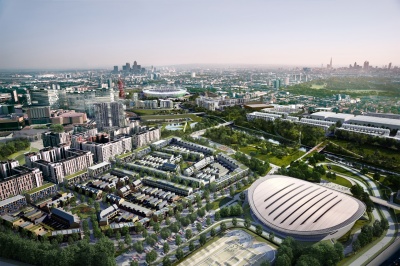 As a major element of the 2012 Games legacy, The Queen Elizabeth Olympic Park will be transformed to create a new metropolitan district of the capital. A permanent display at NLA shows the changes that will be taking place as part of the wider Legacy Masterplan which is overseen by the London Legacy Development Corporation.

We are closed on Sundays, Bank Holidays, Easter Saturday and for the Christmas period from 24th December to the first working weekday of January.