The Olympic Games echo and sometimes anticipate the trends and aspirations of society, constantly riding these new waves.

As such, six new sports and disciplines have been added to the programme of the Summer Games: 3×3 Basketball, BMX Freestyle, breaking, skateboarding, sport climbing and surfing.

“Riding the Olympic Wave” explores this evolution and presents these six sports and disciplines, together with their respective social, cultural and artistic contexts. 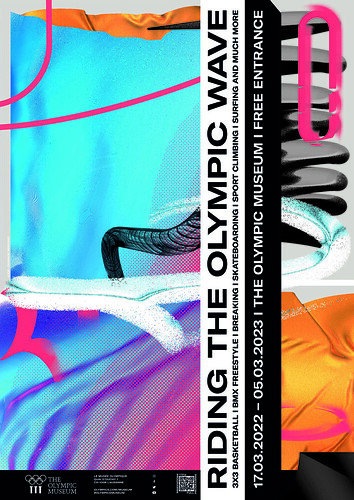 Read more about this exhibition.

In February 2022, China will host the XXIV Winter Olympic Games. The various sports events will be held in three locations; Beijing, Yanqing and Zhangjiakou. In Beijing, the games largely take place in the existing sports facilities built for the Summer Olympics in 2008. The only new project is the Big Air Shougang slope for freestyle skiing and snowboarding in Shougang Industrial Park designed by Brian Li Zhang’s design office TeamMinus at Tsinghua University in Beijing. Big Air Shougang is located at the once largest steel plants in the region. The Olympic Games will be used to sustainably transform the gigantic industrial relics for new uses. The exhibition focuses on the jumping track for the Big Air Shougang and encourages visitors to communicate ergonomically with the building through an interactive game. The office’s approach is presented in three other projects, where space for movement decisively shapes the architecture. The Jianamani Visitor Centre in Qinghai province, the underground cultural centre in the Piazza and Art Space Gujiaying Village in Yanqing and the Aranya Ideas Camp and Community Centre in Qinhuangdao. TeamMinus received the IUPA International Urban Project Award 2021 by Bauwelt, Berlin and WA World Architecture, Beijing for the Big Air Shouguang transformation project, while the Jianamani Visitor Centre received the Zumtobel Group Award – Innovations for Sustainability and Humanity in the Built Environment back in 2017.

The transformation of the Shougang Industrial Park
Inspired by the depiction of the Buddhist Apsaras in Dunhuang – female figures comparable to the nymphs of Greek and Roman mythology – the architects designed the Big Air Shougang complex with elegant curves on the edge of Qunming Lake, formerly used for cooling water, next to the preserved cooling towers of the steel production. The depicted flying Apsaras with waving scarfs form an analogy to the elegant flights of the competing athletes. The industrial remains form a spectacular scenery together with newly designed open spaces, that connect a park landscape with a river close by. With this scenery in the background, the location will stay open to the public after the Olympic Games. Besides the new freestanding ski jump, TeamMinus renovated the former Oxygen Factory, which will be used directly for the Games and later made available to start-ups along with other structures. The transformation of the formerly gigantic steel factory into a park landscape with jobs for a sustainable economy shows the ambitions associated with this project.

The Exhibition
The exhibition focuses on the Big Air Shougang ski jump and playfully encourages visitors to recreate and optimise the optimal ergonomics of the athletes. At two launch sites, visitors can put themselves in the position of the athletes with the help of templates and practice the best posture for elegant turns and jumps. The playful approach to an architectural concept illustrates the training of the athletes. After all, the ski jump can only be used with the optimal body posture, so people have to communicate ergonomically with the building. This interactive element is supplemented by a composition of plans and illustrations on Big Air Shougang as well as three other projects by TeamMinus.

The Projects
To illustrate the architectural approach of TeamMinus, the exhibition presents three other reference-projects where movement plays an important role. What all three buildings have in common with the Big Air Shougang facility for the Olympics is that a playful ‘space for movement’ decisively shapes the architecture:

The Jianamani Visitor Centre in Qinghai Province is a cultural centre for the local Tibetan population and visitors, providing access to the significant historical and religious sites of the local culture from the publicly accessible roof platform.

The underground cultural centre in the Piazza and Art Space Gujiaying Village in Yanqing (where parts of the Winter Olympics will also be held), was built in 2019 for the Beijing International Horticultural Exhibition. The roof is a ground-level public space whose corners are bent up to provide natural light to the cultural centre below. With a curved, suspended ramp, Zhang Li and his team lead users and visitors inside, echoing the movement of the curved roof surfaces.

The Aranya Ideas Camp and Community Centre in Qinhuangdao on the coast of Shandong province connects elongated ramps across the roof to interior spaces. Run by a private educational institution, it offers summer and winter courses where children learn new aspects of culture, their craft skills and social skills with close contact to nature.

The Architecture Studio
Zhang Li, architect and the current Dean of the School of Architecture of Tsinghua University, founded atelier TeamMinus in 2001, today being both a full-fledge firm and incorporation to Architectural Design and Research Institute of Tsinghua University with more than 50 team members.
Zhang Li is the initiator and main promoter of the new interdisciplinary field of ‘urban ergonomics’, which integrates architecture and ergonomics and pays attention to the positive interactive relationship between human body and space in order to gain high-quality urbanization. Besides their achievements for the Olympics, TeamMinus played an important role in the reconstruction after the Yushu earthquake, the Shanghai World Expo and other major national construction projects.

A new exhibition about the Olympic Winter Games was opened last week at The Olympic Museum in Lausanne, Switzerland.

To mark the Olympic Winter Games Beijing 2022, The Olympic Museum has put together a programme devoted to the history of the Winter Olympics and the current and future challenges the event faces. 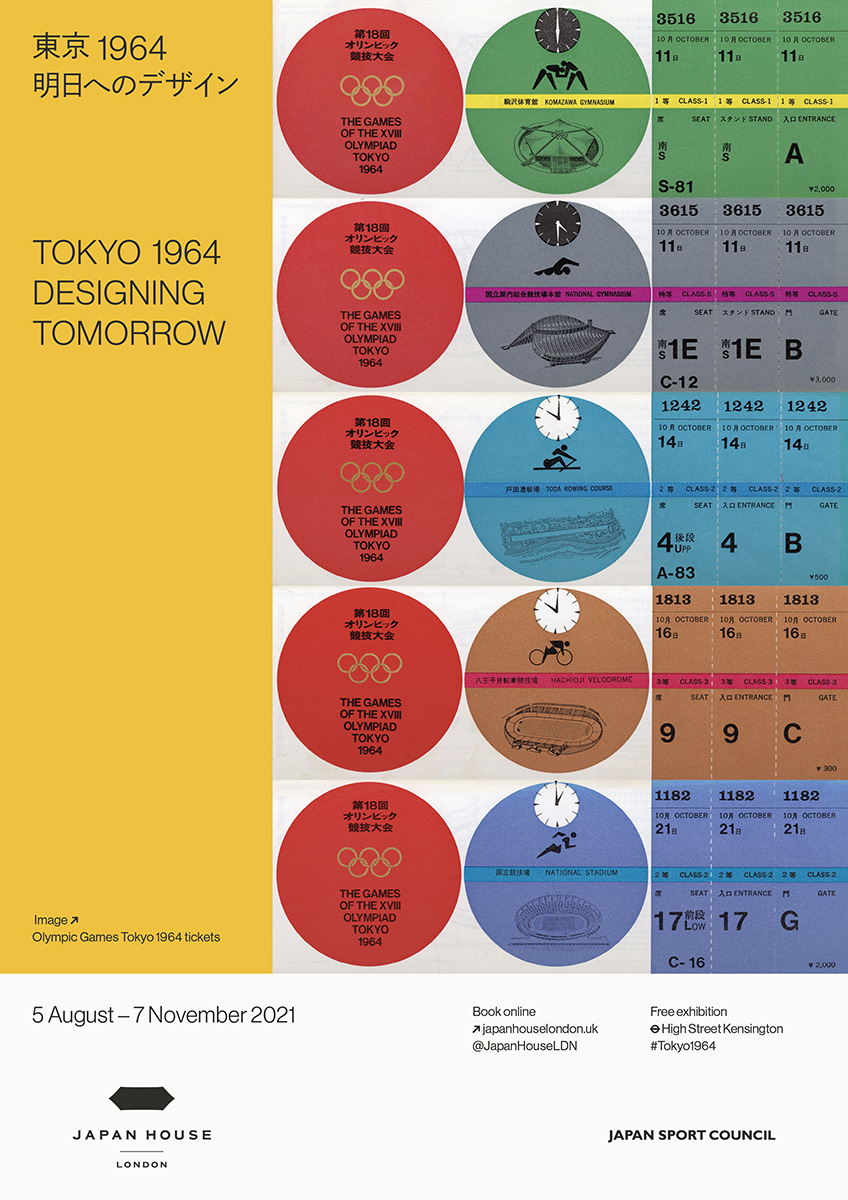 Japan House London opens Tokyo 1964: Designing Tomorrow, on 5 August 2021 to explore the revolutionary cultural and design legacy behind the historic Tokyo 1964 Olympic Games. The exhibition shares stories and artefacts never seen before in the UK and runs until 7 November 2021.

The 1964 Games were Japan’s first, large-scale engagement with the world after the Second World War. They presented a chance to tell a fresh story and showcase Japanese creativity and design thinking across the globe, an opportunity elevated by the 1964 Games being the first to be broadcast in colour on TV to a world-wide audience via satellite.

Japan’s hosting of the Games coincided with the country’s emergence as a global leader in technological innovation. Winning the bid to host the Games increased Japan’s newfound sense of confidence and creativity epitomized by innovations such as the high speed Tōkaidō Shinkansen, or ‘bullet train’, and elevated super-highways that dramatically transformed the urban landscape with ‘space age’ design through to Seiko’s 1,278 state-of-the-art timing devices that performed precisely without errors.

This optimistic and creative environment challenged and enabled Japanese architects and designers working on the 1964 Games to develop some of the most radical architectural and graphic design that has ever been created.

These designs still resonate and influence today, including:

Exhibits on display include:

The majority of objects in the exhibition are generously loaned from the Prince Chichibu Memorial Sports Museum & Library in Japan – many of which will be displayed for the first time in the UK.

Kawamura Hiroyuki, Director, Prince Chichibu Memorial Sports Museum, said: “I am very pleased that we have this opportunity to share our collection in the UK in partnership with Japan House London. Please enjoy our major exhibits including the original posters designed by Kamekura Yūsaku and the models of Yoyogi National Gymnasium designed by Tange Kenzō.”

Simon Wright, Director of Programming, Japan House London said: “This exhibition shows how the design project for the Tokyo 1964 Olympic Games, the first to be held in Asia, was revolutionary in creating a unified language by which to communicate the Games. It became the blueprint for subsequent major international sporting events. It illustrates Japan’s powerful emergence on the world stage after the dark years of the Second World War and how this Japanese design vision has influenced, and still influences, so much of what is now.”

A dedicated programme of events accompanies the exhibition including a look at the remarkable volleyball win by the ‘Witches of the Orient’.

Contributions to this exhibition, in the form of additional loaned items, have also come from The Seiko Museum Ginza in Japan and Central Japan Railway Company and the National Paralympic Heritage Trust in the UK.

Tickets must be pre-booked online: www.japanhouselondon.uk

Full public information including Covid compliance and safety information can be found at: www.japanhouselondon.uk

From casual pastimes to competitions and world records, “sport” in its various forms ignites the passions of people the world over. Through a wide range of exhibits which includes objects used by athletes, this exhibition looks at the history of sports, from the sport-like exercises and games of the Edo period, to the acceptance and popularization of modern sports from the Meiji era onwards, and Japan’s participation in the Olympics and later hosting of the games in Tokyo.

An exhibition about the Olympic values was opened last month at The Olympic Museum in Lausanne, Switzerland.

In January 2020, Lausanne is hosting the Youth Olympic Games, the event behind the creation of this programme devoted to the way in which sport can generate values and be a source of inspiration for life.

Athletes are at the heart of the exhibition and its accompanying activities. Ambassadors for the Olympic values, they share their experiences with the visitors, who are invited to become everyday Olympians.

From the archive; Two videos from 2012 showing two exhibitions that were on display during the Olympic Games at the Royal Institute of British Architects. 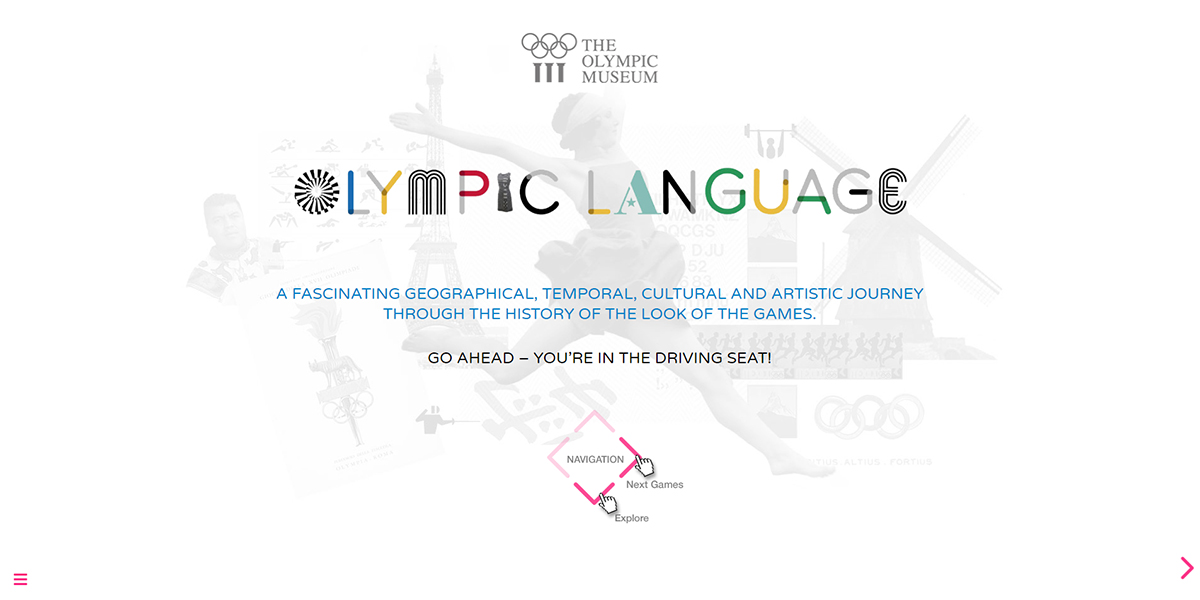 The Olympic Museum has created a webdoc that links up with the current exhibition in the museum. You can view this webdoc here.

Watch this video for an preview of the exhibition.