The concept, called “Olympic Unity House” and developed by architectural firm 3XN, ensures that the new building authentically reflects Olympism, the Olympic Movement and the role of the IOC as a catalyst for collaboration in an iconic and transparent way. Olympic Unity House is designed to be a welcoming home for IOC members and the meeting place for the entire Olympic Movement.

The IOC administration will be brought together at Olympic Unity House in a single location in Vidy, resulting in substantial long-term savings, increased working efficiency and energy conservation. With this ambitious project, the IOC aims to demonstrate leadership in terms of sustainability. The highest possible sustainability certification level will be considered, and studies are currently ongoing to define which labels are the most suitable to the new building.

Last April, the EB chose Danish firm 3XN as its architectural partner for the design of its headquarters. The choice concluded a year-long selection process that saw 118 architecture practices from around the world enter an international architecture competition launched by the IOC. Twelve projects, from four different continents, were initially shortlisted. Of those, three were then invited to further develop their concepts.

“The IOC Session was presented today with an architectural project that will allow the IOC to benefit from a modern, functional and sustainable working environment”, said the IOC Director General. “At a time when we are speaking about the future of the Olympic Movement with Olympic Agenda 2020, Olympic Unity House is a bridge between the roots of the IOC in Lausanne and our vision for the future.” 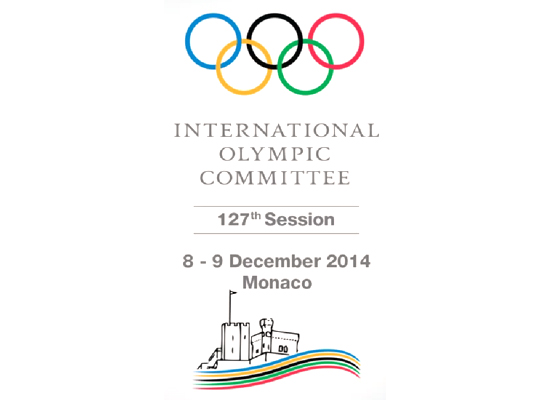 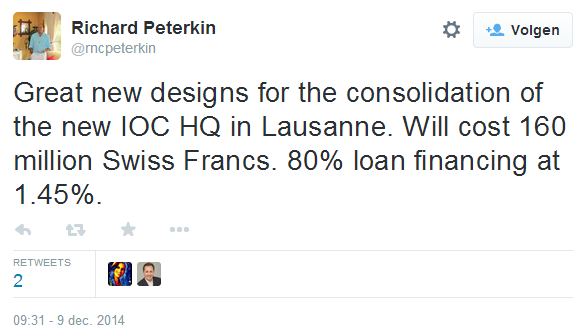 Read more about the Olympic Agenda 2020:

Watch ‘What Do The Olympic Games Mean to You?’ on YouTube

Watch ‘What Makes The Olympic Games Unique?’ on YouTube

Read more about the Olympic Agenda 2020: 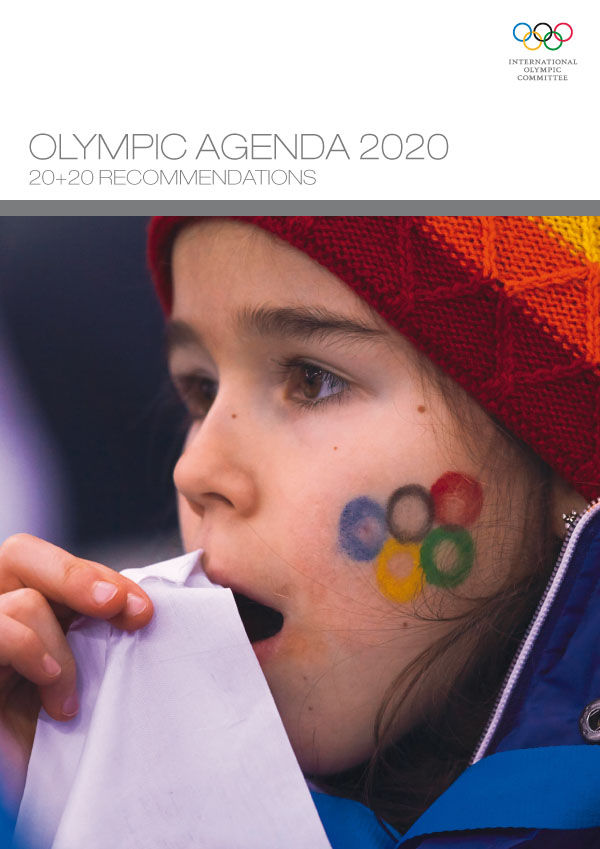 Olympic Agenda 2020: Strategic roadmap for the future of the Olympic Movement unveiled

IOC President says “Now is the time for change”

International Olympic Committee (IOC) President Thomas Bach today revealed the 40 proposals that make up Olympic Agenda 2020, a strategic roadmap for the future of the Olympic Movement, which will be discussed and voted on by the full IOC membership at the 127th IOC Session this 8 and 9 December in Monaco.

During the public launch of the recommendations at The Olympic Museum in Lausanne, President Bach called the 20+20 proposals “the culmination of a year of open, transparent and widespread debate and discussion, which had already begun in mid-2013.”

“These 40 recommendations are like pieces of a jigsaw puzzle,” he added. “When you put them together, a picture emerges that shows the IOC safeguarding the uniqueness of the Olympic Games and strengthening sport in society.”

The IOC President first presented the recommendations to a round table of athletes, many of whom actively contributed to the Olympic Agenda 2020 process. The discussion included a number of medal-winning Olympians.

20+20 Recommendations to shape the future of the Olympic Movement