Skip to content
TALK: “THE VISUAL IDENTITY OF THE MEXICO CITY 1968 GAMES”
With Beatrice Trueblood and Eduardo Terrazas, heads of the Mexico City 1968 creative team
In collaboration with the ECAL, Ecole cantonale d’art de Lausanne

“OLYMPIC LANGUAGE: exploring the Look of the Games” is the theme of the Olympic Museum programme in 2018, a year that celebrates the 50th anniversary of the Mexico City Games in 1968 – a particularly significant edition in terms of visual identity.

Flashback with the two key design figures of this edition: Eduardo Terrazas, Director of the Urban Design Programme, and Beatrice Trueblood, Director of Publications. After several months of intense work, they managed to create the distinctive, modern and powerful graphic identity of the Mexico City 1968 Games, which still resonates to this day. How did they go about their work? What were there inspirations, their doubts…?

Both Eduardo and Beatrice will be there in person to recount their story, with the same level of passion and commitment as ever. A great opportunity to hear them speak – not to be missed!

Beatrice Trueblood
Designer, Director of Publications
Born in 1938 to a Latvian family of diplomats, Beatrice Trueblood grew up in the United States. In 1966, she was appointed Director of Publications by the Mexico City Organising Committee for the Olympic Games, leading an international team of 250 people. Working closely with Eduardo Terrazas, she designed the visual identity of the Mexico City 1968 programme. Her contribution as designer and editor concluded in 1970 with the publication of four volumes of “Olympic Memoirs”. Between 1972 and 1975, she worked as Director of Publications at the Mexican Olympic Committee, then at the Metropolitan Autonomous University in Mexico City. In 1976, she set up her own company, where she produced art books and publications about Mexican culture.

Eduardo Terrazas
Designer, urban planner, architect, artist
Born in 1936 in Guadalajara, Mexico, Eduardo Terrazas is a designer, architect, museographer, urban planner and artist. His 600 or so works are a vibrant fusion of geometry and craft, blending popular South American art with European avant-garde influences. Appointed Director of the Urban Design Programme by the Mexico City Organising Committee for the Olympic Games, Eduardo designed the logo and visual identity elements for Mexico City 1968 with Beatrice Trueblood. After the Games, he continued with his multi-disciplinary career and took part in a number of national and international institutional projects. Today, Eduardo is one of the best known artists in Mexico.

On April 14, 2016, Mary Margaret Jones, President and Senior Principal of Hargreaves Associates, San Francisco and Cambridge, and Hargreaves Jones Landscape Architecture in New York, delivered the Public Lecture in Garden and Landscape Studies at the Dumbarton Oaks Research Library and Collection in Washington, D.C. Titled “Olympic Landscapes: Green and Greenest,” Jones examined in depth her firm’s work designing Olympic parks for the 2000 Summer Olympics in Sydney and the 2012 Summer Olympics in London. 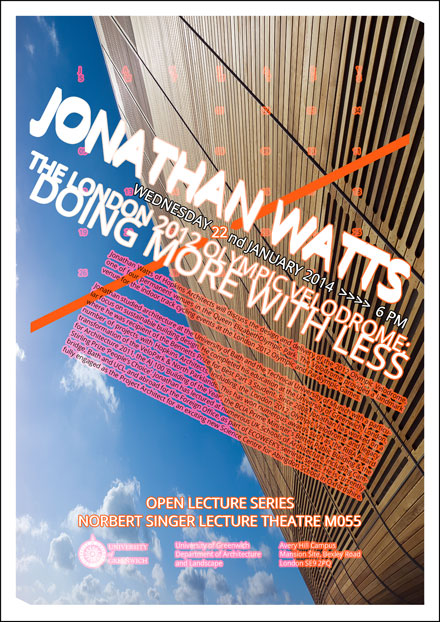 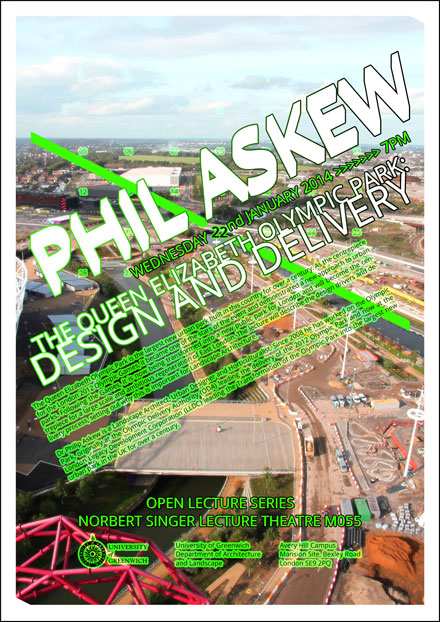 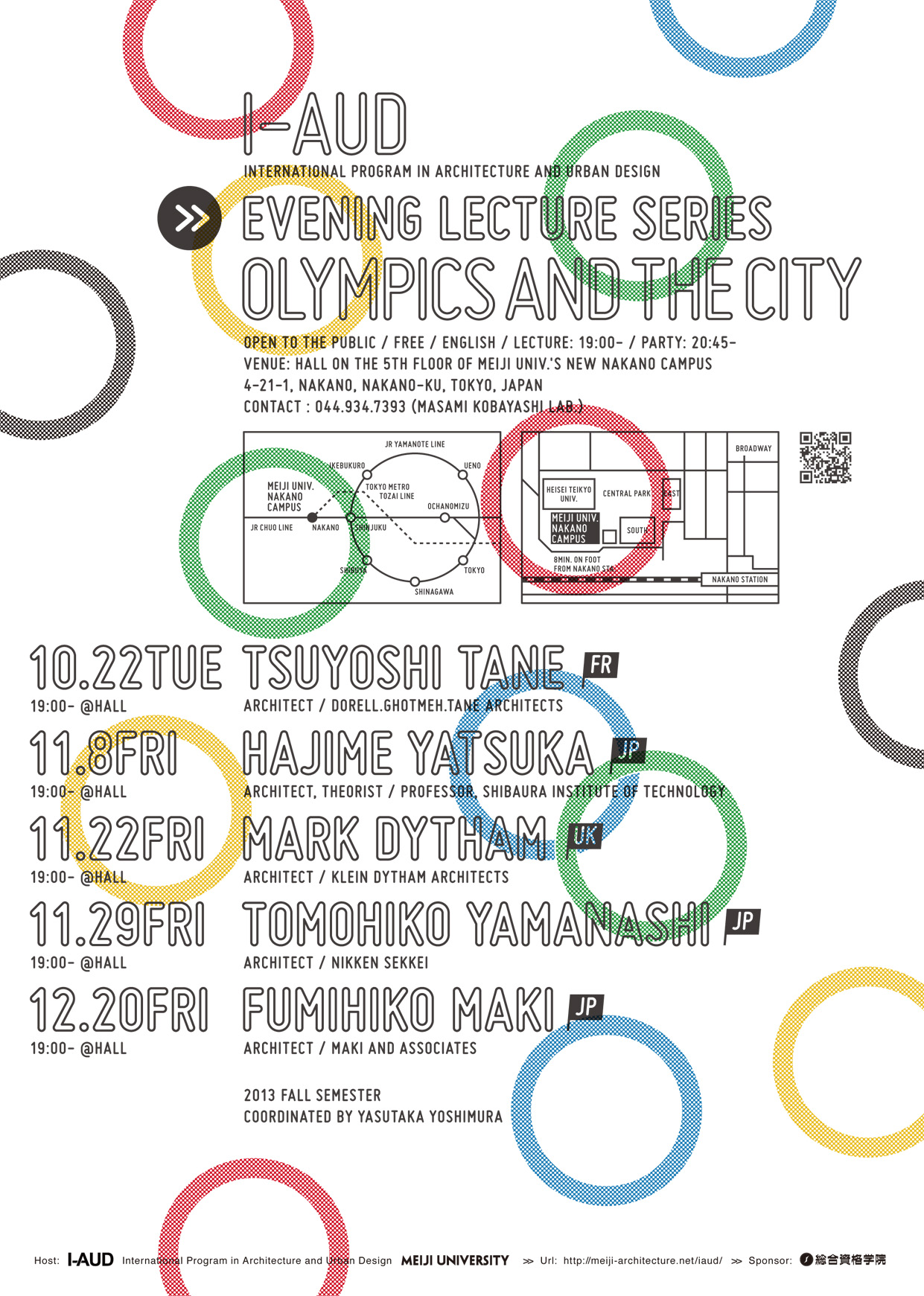 This event brings together the key decision makers and architects of the London 2012 Olympic Games facilities to discuss the architecture and design of London 2012.

Ricky Burdett is Professor of Urban Studies at LSE and director of LSE Cities and the Urban Age programme.

Nicholas Serota is director of the Tate.