A groundbreaking ceremony was held to launch the construction of ice venues for the PyeongChang 2018 Olympic and Paralympic Winter Games. The event was attended by nearly one thousand people, including key officials and representatives of Gangwon Province and the PyeongChang 2018 Organizing Committee, as well as the Culture, Sports and Tourism Ministry.

The latest construction project will be carried out at the Gangneung Sports Complex, which already houses a few sporting venues, including an ice rink that will be refurbished to become the curling venue for the PyeongChang 2018 Games. The venue construction of figure/short track skating, ice hockey I and II, as well as speed skating is scheduled to be completed by October, 2016 in order to meet the timeline for Test Events during the winter of 2016-17.

The total cost of ice venue construction is estimated at 425 million US dollars.

Update January 2018; Read more about the PyeongChang2018 masterplan and venues. 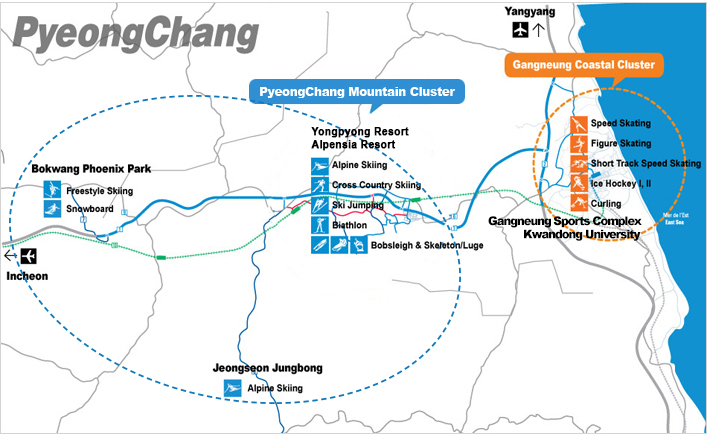 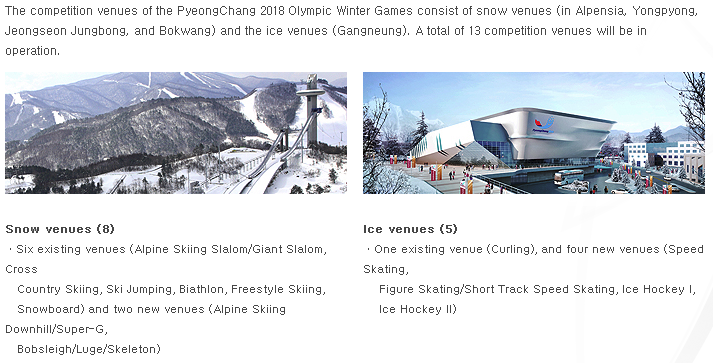 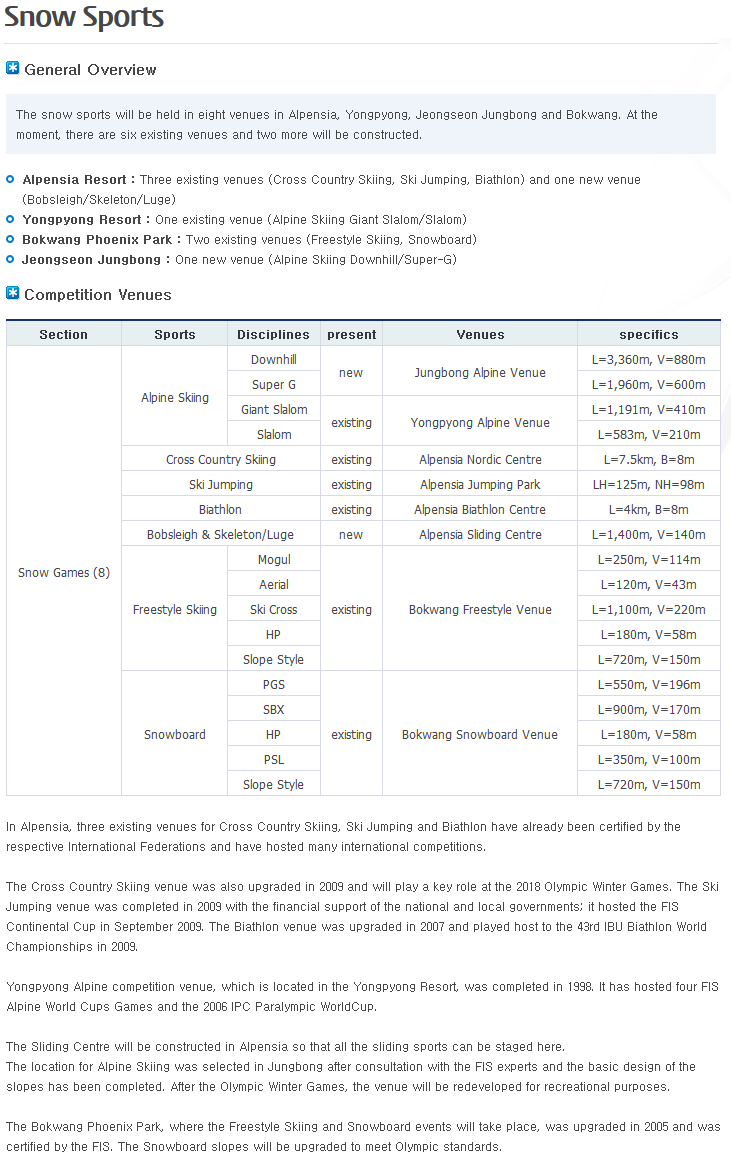 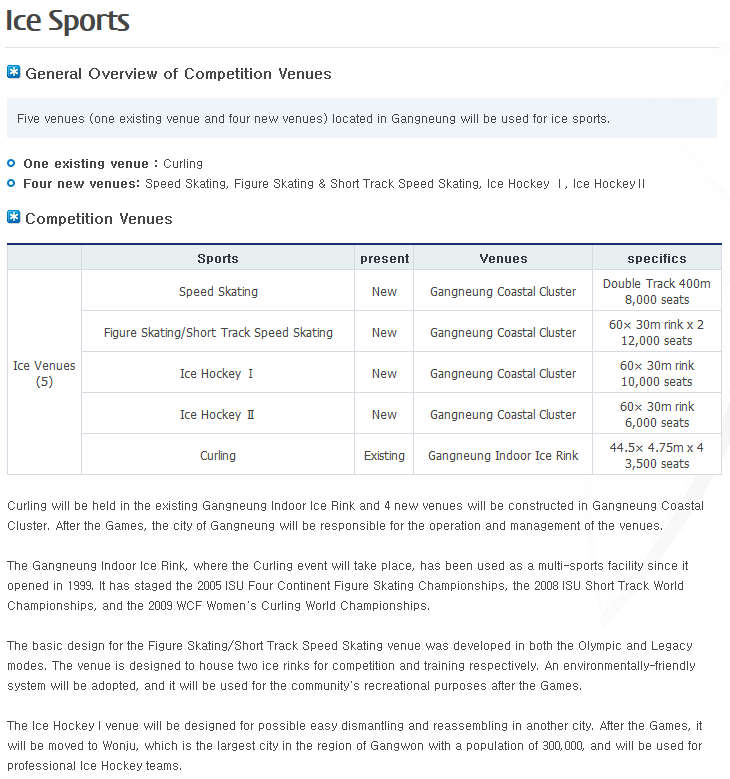 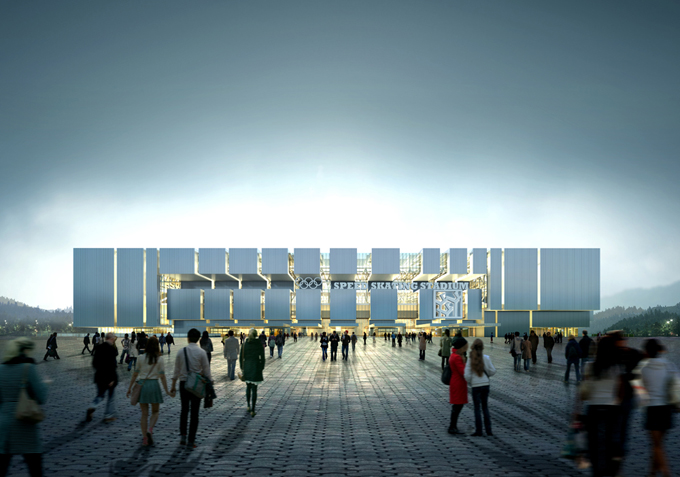 With two underground and three above-grade floors, this project is built for the PyeongChang 2018 Olympics on a 429,754 square meter site in Gyodong, Gangneung. The site covers a sanitary landfill and pine forest filled with Japanese pine trees. The primary goal and starting point of the project were to rehabilitate the landfill and preserve the forest. In order to achieve this, the master plan was adapted to the original topography, allowing the stadium, plaza and landscaped areas to communicate with the natural surroundings. Embodying the theme ‘Ice Scape’, the speed skating stadium reflects the natural landscape of Gangneung on the glass between the separated masses. The energy from the stadium extends outside thus unifying building and nature and creating an iconic symbol for the winter Olympics. Capitalizing off dramatic vistas of the magnificent mountains and expansive ocean, the new speed skating stadium becomes a new landmark of the region. 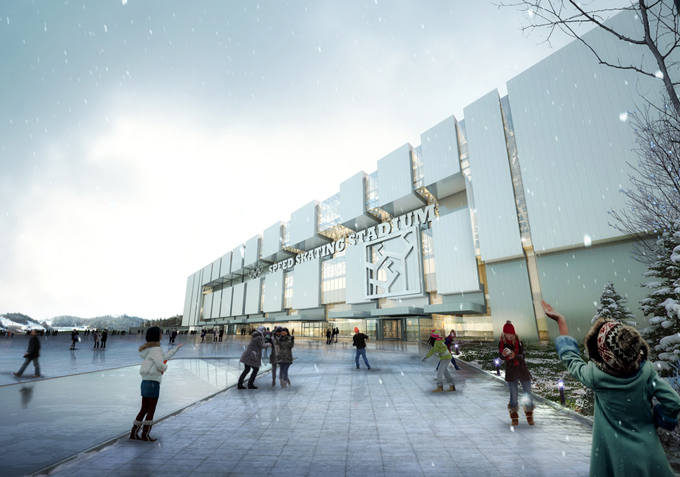 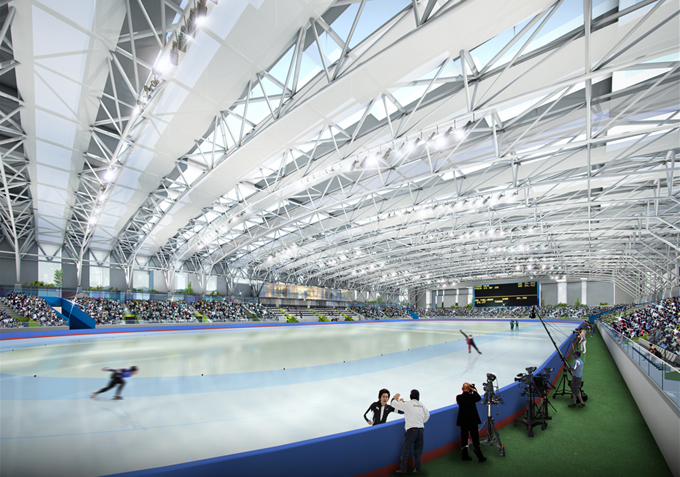 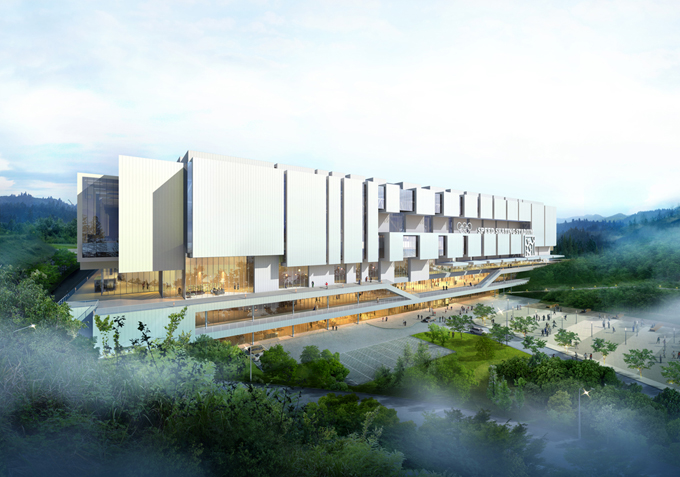 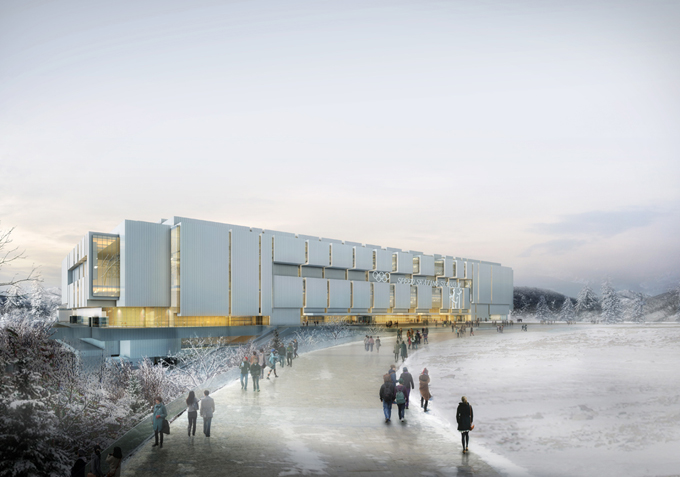 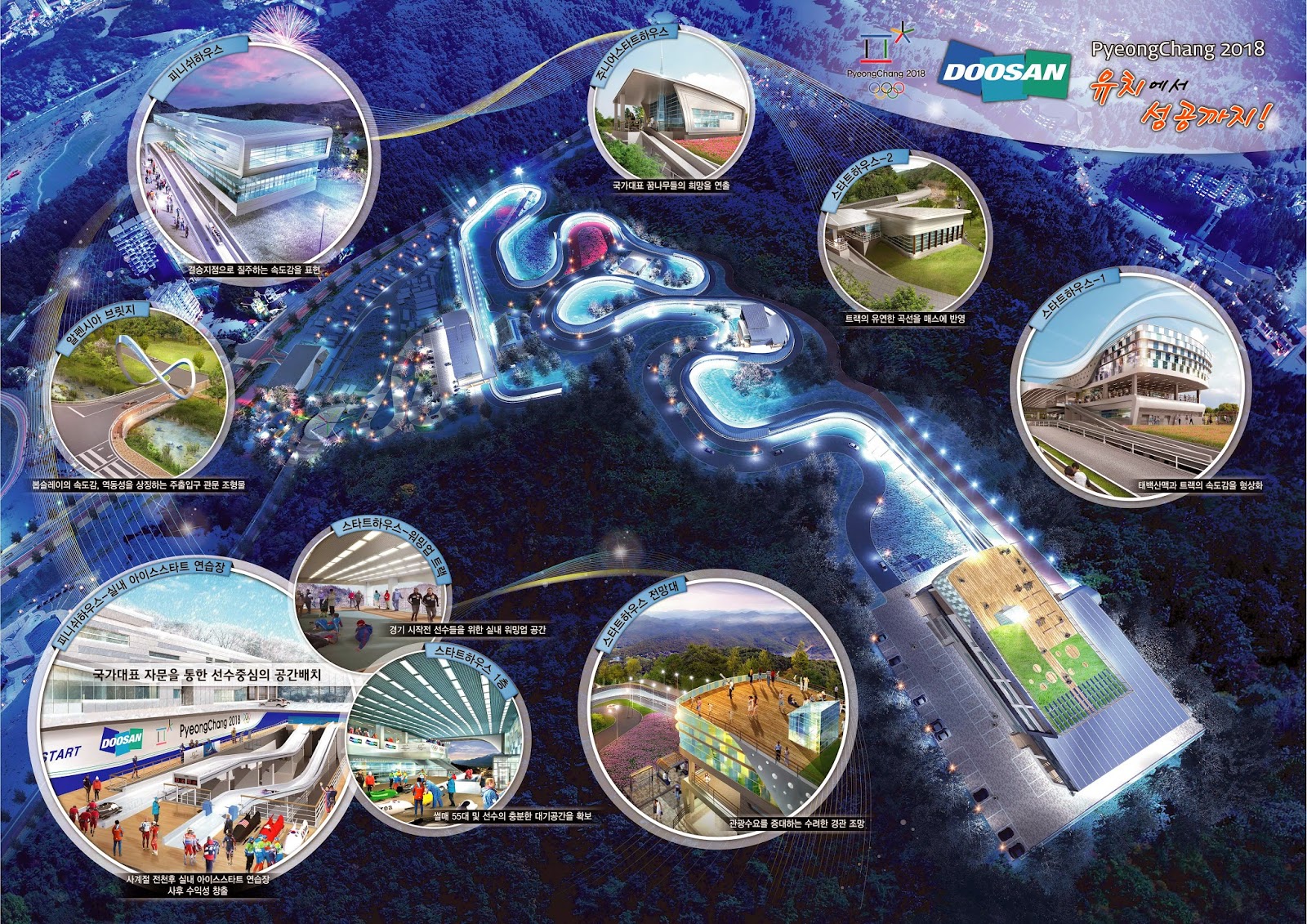 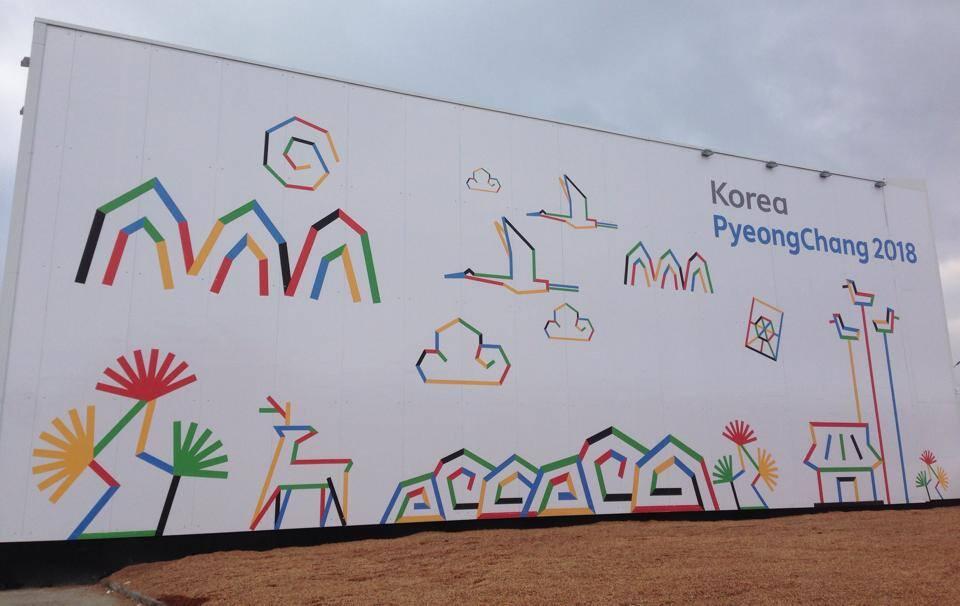 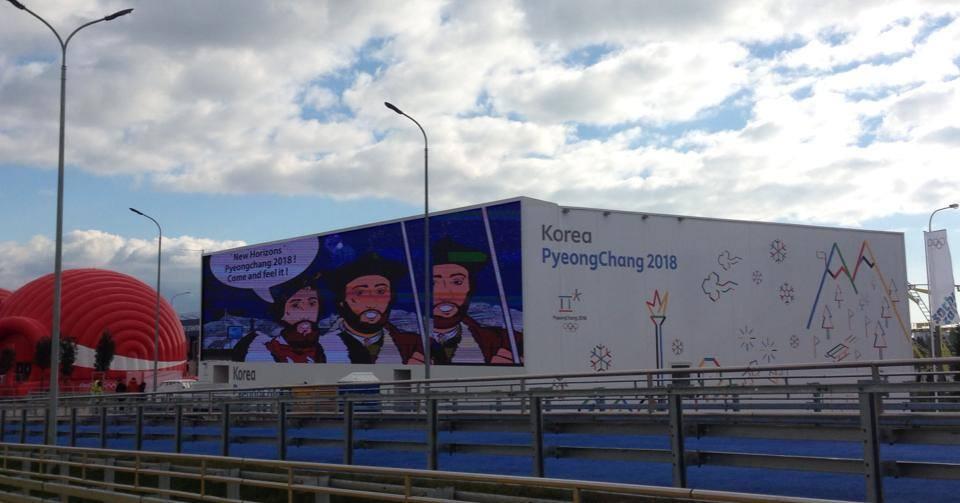 PyeongChang 2018 is proudly presenting itself to the world, by showcasing the best features of the host city and the Republic of Korea at PyeongChang House, located just near the footbridge leading up to the center of the Sochi Olympic Park. The design of PyeongChang House is inspired by the traditional Korean house, called hanok.

The main exhibition at PyeongChang House will cover the culture of PyeongChang and Gangwon Province, as well as Korea’s long history, PyeongChang 2018’s vision, “New Horizons” and the progress made in our Games preparation.

Visitors to PyeongChang House will also enjoy dance performances, getting the sense of a great balance between the traditional and modern (B-Boy dance, K-pop) culture assets of Korea. 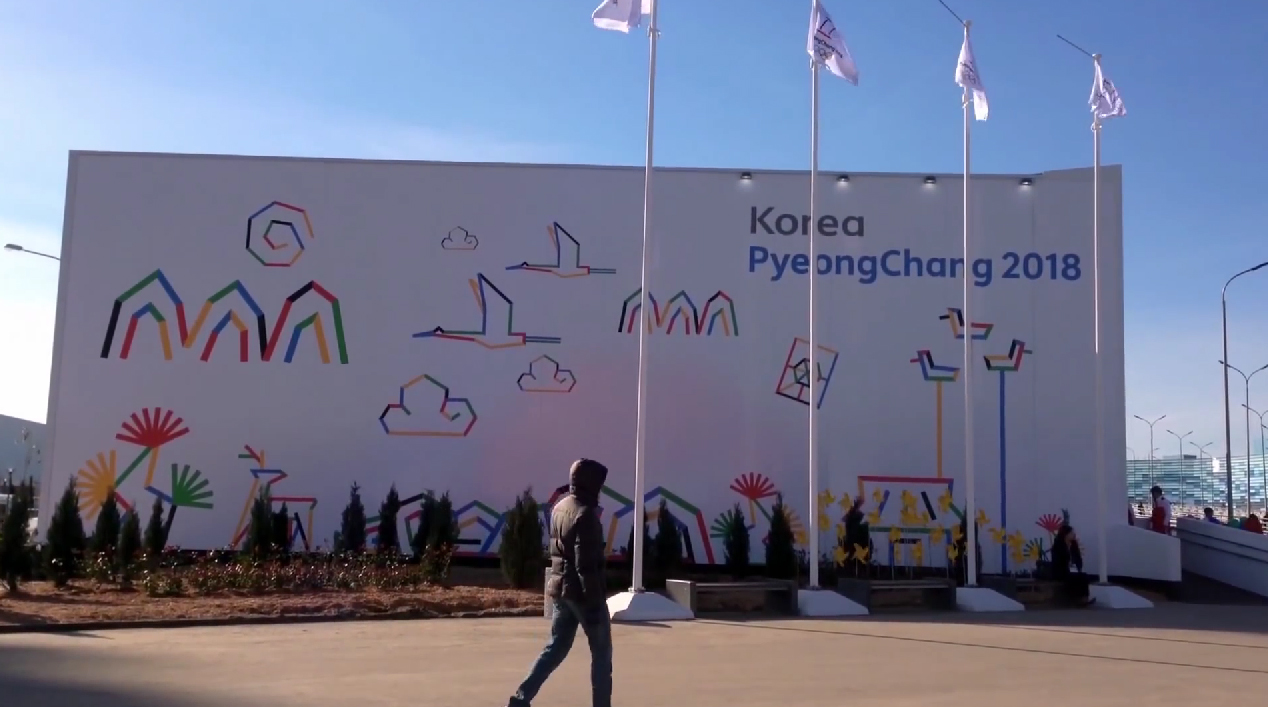 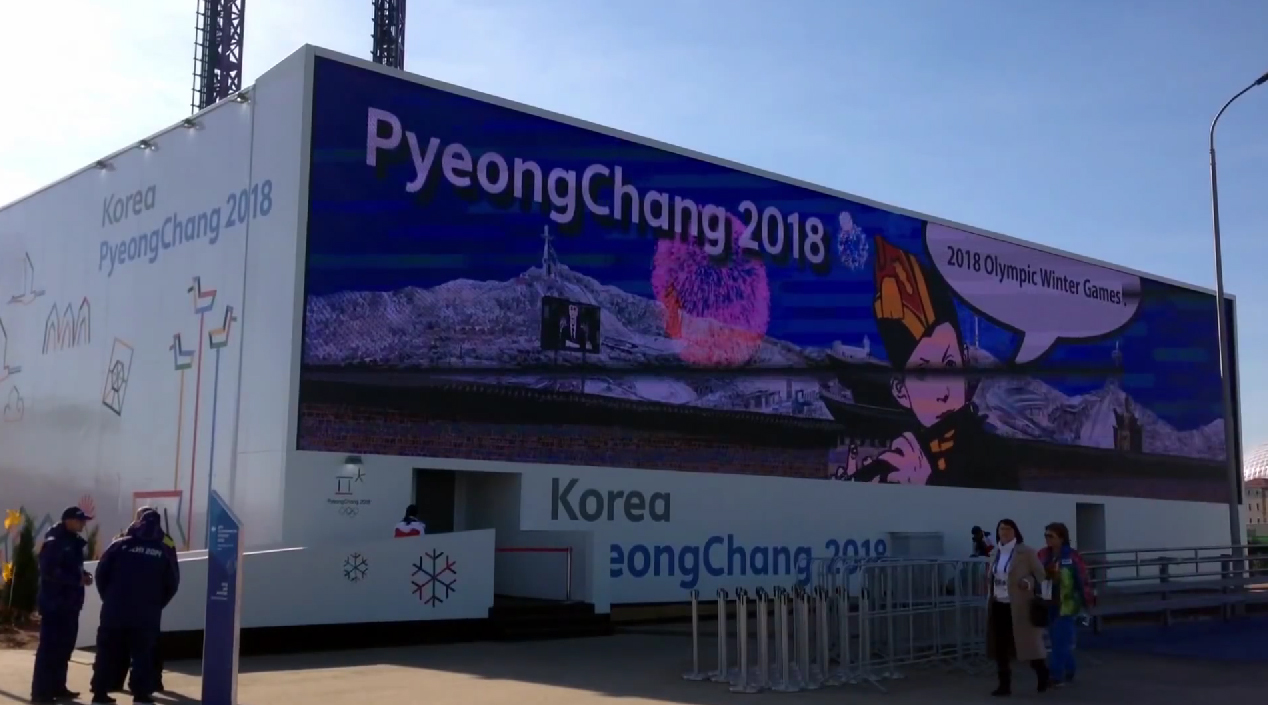 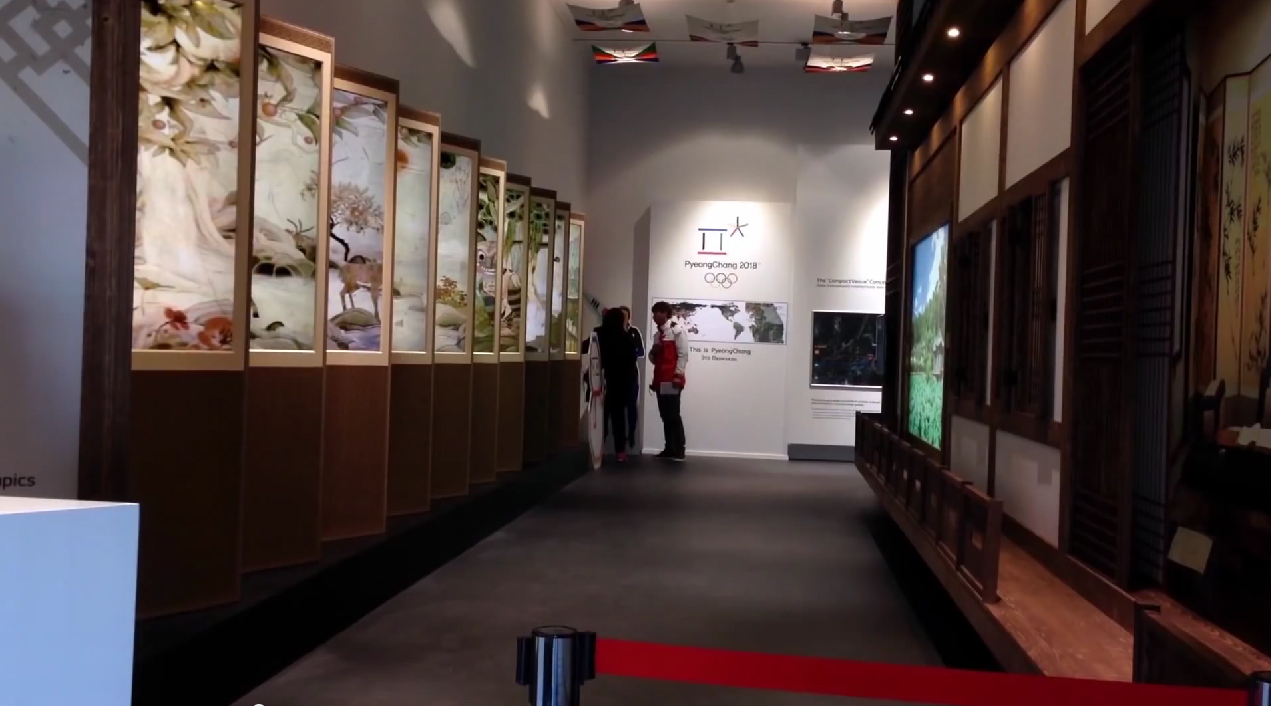 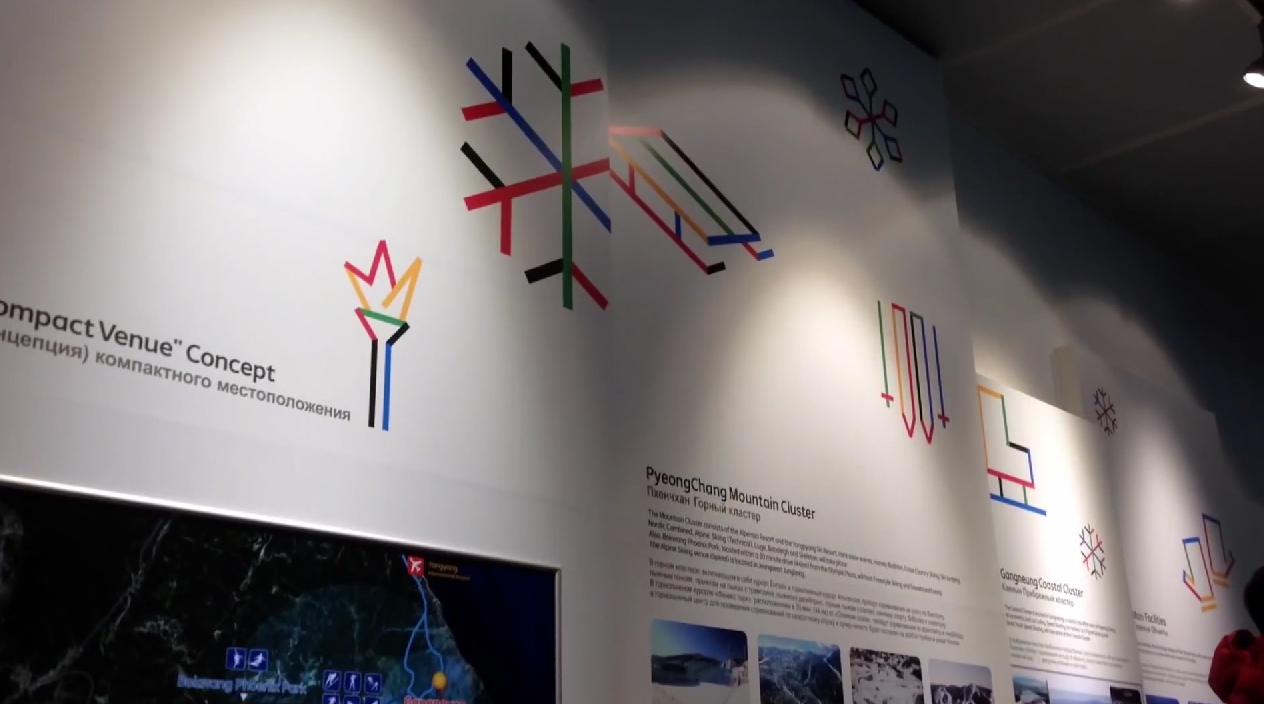 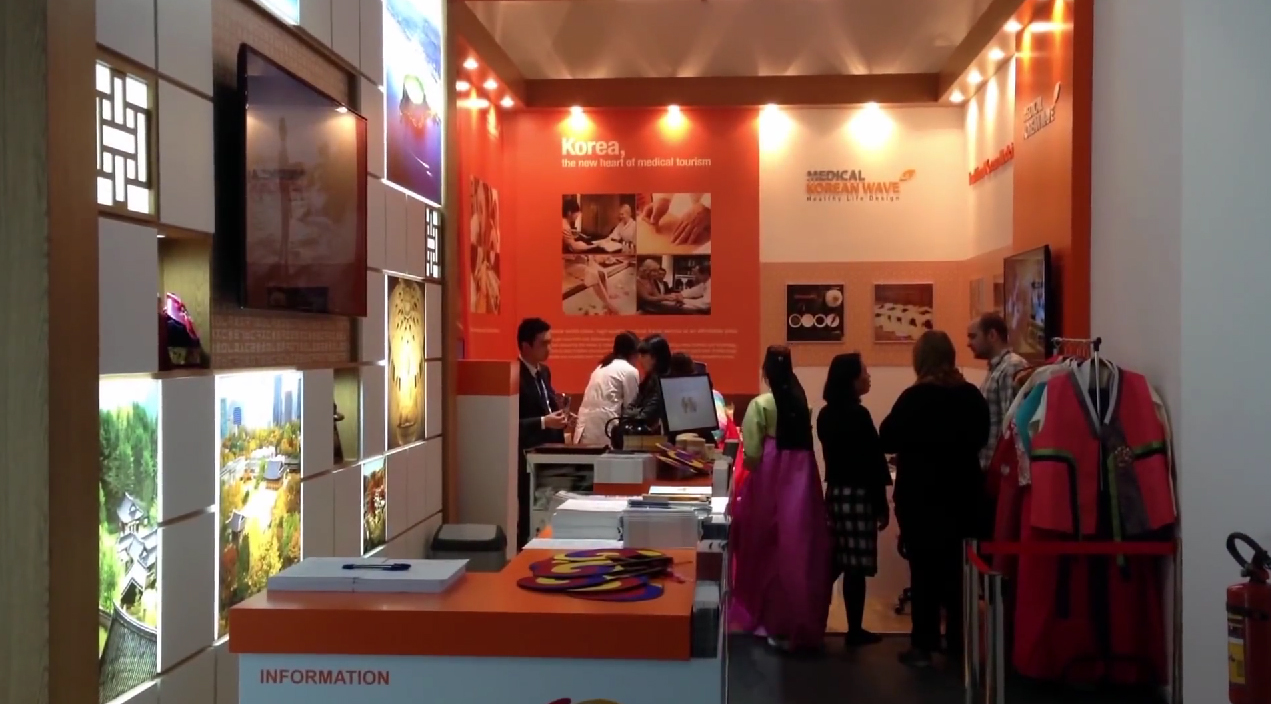 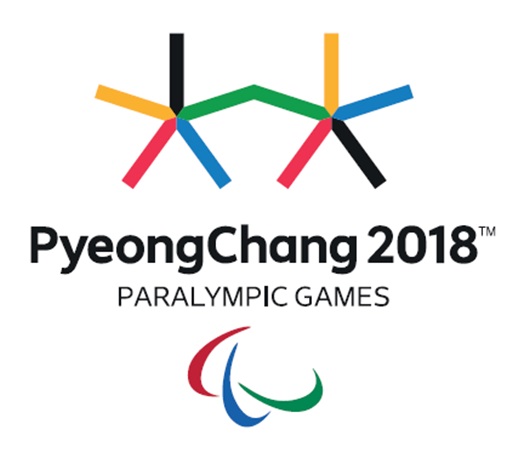