From 4 to 20 February 2022, Beijing will host the XXIV Olympic Winter Games. The Chinese capital was chosen in 2015 at the 128th IOC Session over Almaty (Kazakhstan). Beijing previously hosted Games of the XXXII Olympiad in 2008 and will therefore become the first city in the world to host both the Summer and Winter Olympic Games.

A total of 12 competition venues will host 109 medal events. These venues are situated in three zones; Beijing, Yanqing and Zhangjiakou. 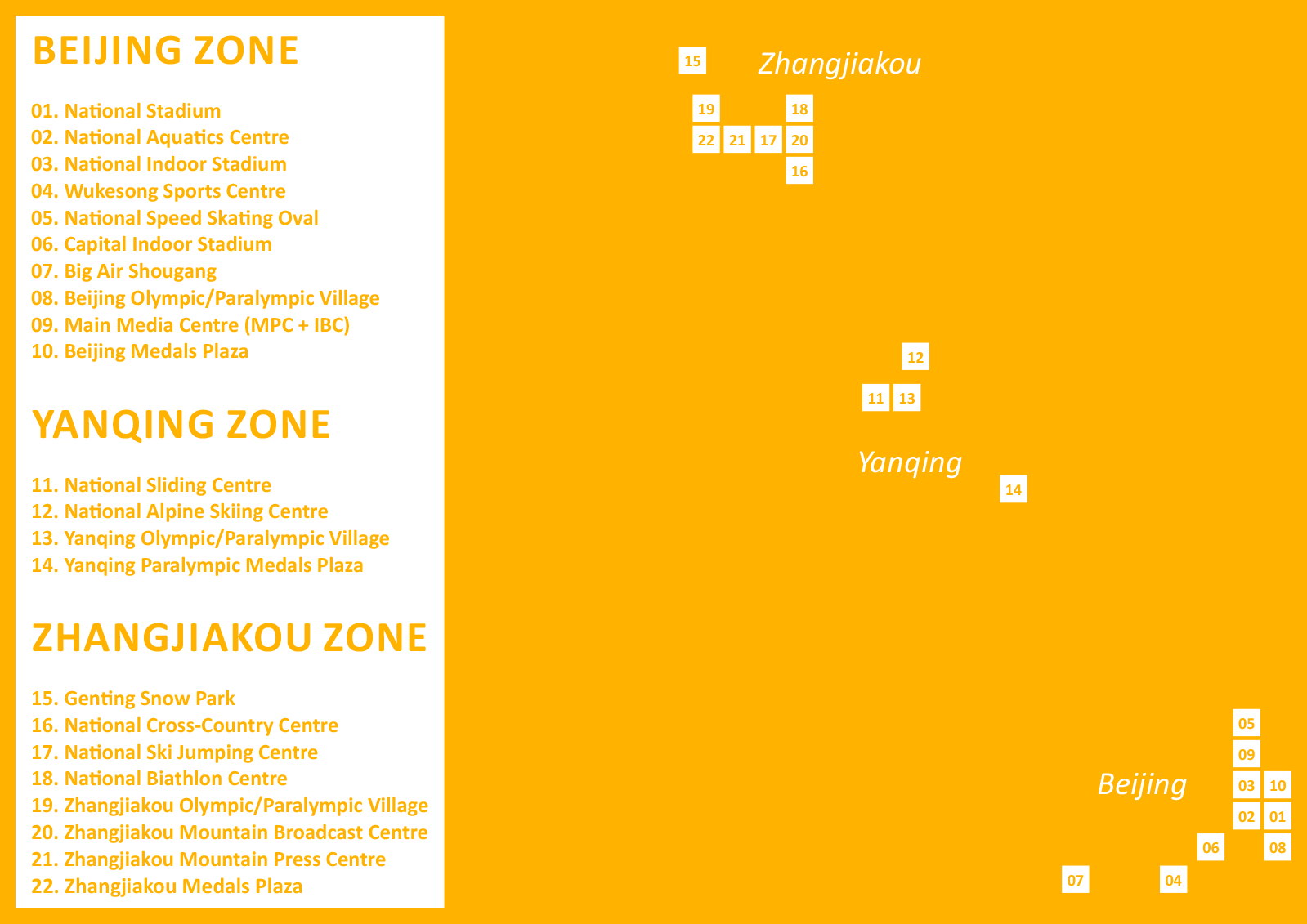 In the Beijing zone, all sports will take place in six venues. In addition, the National Stadium (also known as the Bird’s Nest) will be used for the opening and closing ceremonies. Five of the seven venues in the Beijing zone were also in use during the Beijing 2008 Olympic Games. The ‘National Speed Skating Oval’ and the ‘Big Air Shougang’ are the only newly constructed permanent venues in this zone.

A new sliding centre has been built in Yanqing. Alpine skiing will also be held here.

The venues for skiing, ski jumping, biathlon, and cross-country skiing are situated in the Zhangjiakou zone.

Three Olympic/Paralympic Villages were built, one in each zone. The three villages will be able to accommodate 5,500 athletes and team officials.