Every Sunday a summary of the most important news in the run-up to Rio 2016. 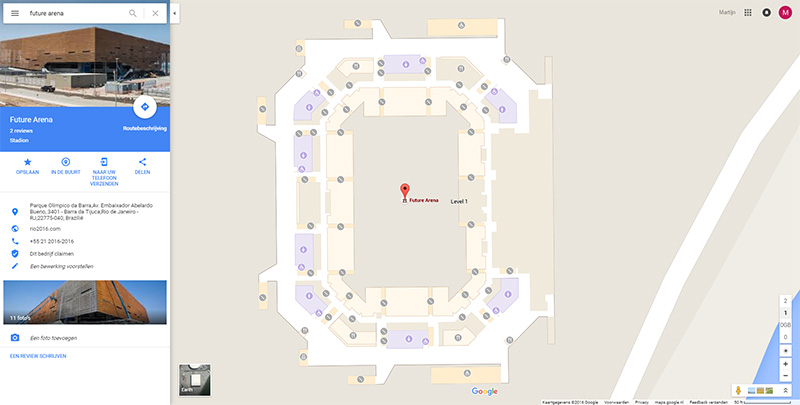 Get around Rio with indoor maps of 2016 Olympic venues

More than 10,000 athletes, half a million travelers and tens of thousands of volunteers are expected to join the roughly 6 million residents of Rio de Janeiro this summer for the 2016 Olympic Games. Over the next few months we’re making a variety of updates and additions to Google Maps to ensure Rio residents and visitors alike can easily get around once the torch is in town.

A few weeks ago we launched real-time transit in Rio de Janeiro. Now for the first time ever, you’ll be able to see indoor maps for 25 official indoor venues and enhanced outdoor maps of 12 official outdoor venues of the upcoming Olympic Games on Google Maps for desktop, Android and iOS.

Using indoor maps is easy. Just open Google Maps on your computer or mobile phone, search for a place that has indoor maps, zoom into the place, and click on it. At the bottom right side of the screen, choose among the floors and levels of the building. Points of interest like concessions, restrooms, information desks, and ATM machines are highlighted for easy identification.

Whether planning to attend the Games or just daydreaming about an Olympic getaway, you can view indoor maps of the venues on Google Maps.