Rio 2016 is fast approaching! In this post you find an overview of the most recent news items. From venue construction to the Look of the Games.

Giant building from where images of Olympic and Paralympic Games will be transmitted was one of the most complex construction projects, says city mayor

Preparations at Rio 2016 canoe slalom venue “picking up in intensity” ahead of test event, says ICF

The International Canoe Federation (ICF) have claimed preparations at the Rio 2016 canoe slalom venue “have been picking up in intensity” in recent weeks ahead of this month’s test event.

Brazil’s most costly football stadium may not host Olympic games

Barra Olympic Park, heart of the Rio 2016 Games, more than 90 per cent complete 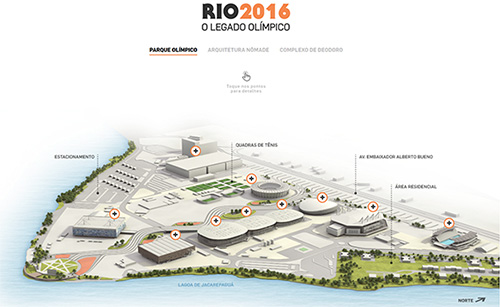 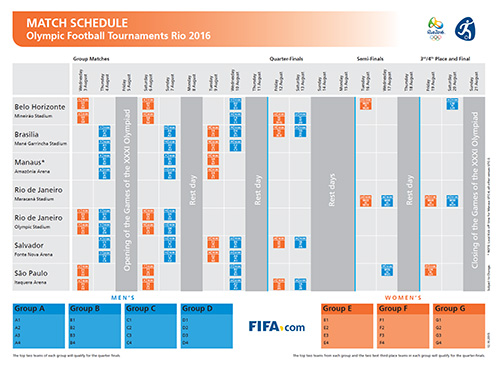 The match schedule for the next Men’s and Women’s Olympic Football Tournaments has been unveiled, with the iconic Maracana stadium set to host both finals.

Rio de Janeiro’s domestic airport will close for four-and-a-half hours a day during the 10-day Olympic sailing competition on Guanabara Bay, the government has announced.

When it comes to city planning, digital urbanism is a rapidly developing field. Add a global event such as the Olympics into the mix and having a digital strategy becomes an essential element of any city.

Listen to the podcast

Havaianas flip-flops, Lego models of mascots and collectors’ stamps and coins among the highlights in São Paulo showroom