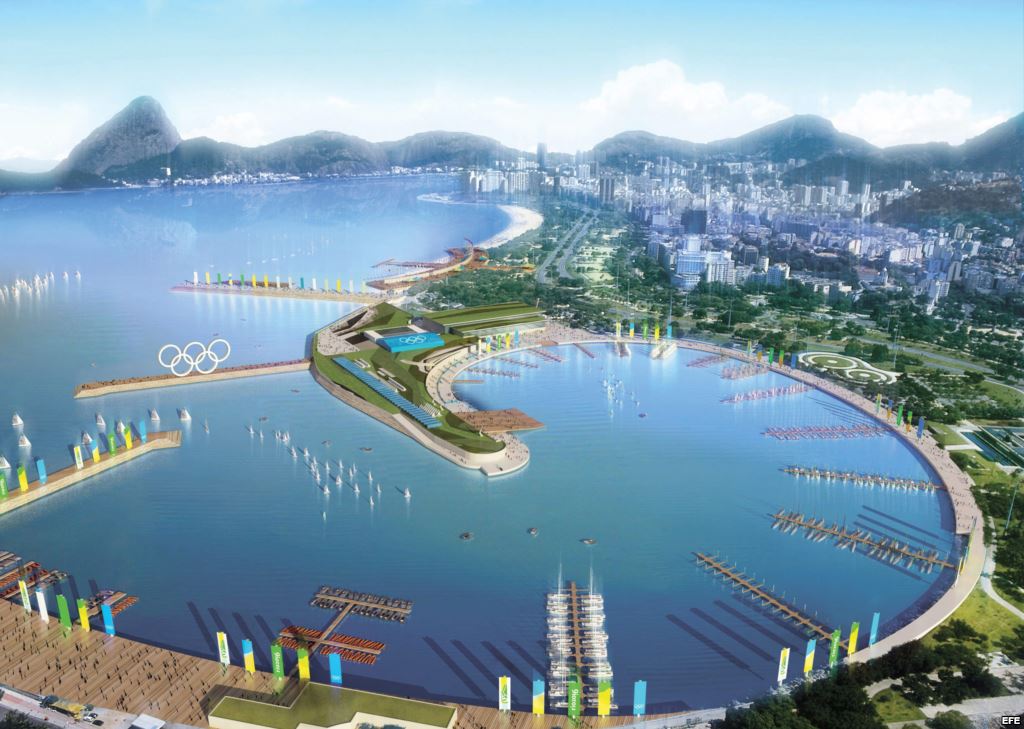 The Rio de Janiero State Government has initiated a project to help revitalise Guanabara Bay ahead of the Rio 2016 Olympic and Paralympic Games. A giant ‘containment belt’ (known as a cinturão in Portuguese) will be installed underground, inland from Marina da Glória, the Olympic and Paralympic sailing venue. The system will capture sewage that had been destined for the bay.

The agreement to install the cinturão was signed on Tuesday (2 September) at the Rio 2016 headquarters. The project will see the construction of an underground pipeline, about one kilometre long, and a sewage pumping station with a capacity of 450 litres per second. The new system will be connected to existing rainwater collectors. Waste will be redirected along the existing networks, avoiding its disposal in Guanabara Bay.

The works are due to start immediately and scheduled to be completed by September 2015.

“This is one more example of how the Games can serve the city,” said Leonardo Espíndola, Rio state government’s chief of staff. “This project will remain as a permanent legacy of the Games. We have already reached the point of treating approximately 50 per cent of sewage and, without a doubt, in 2016 we will have a much better bay for competitors and the population.”

The project is the final part of a package of measures to improve conditions in the bay ahead of the Games. Measures already undertaken include the closure of rubbish dumps, creation of new sewage treatment units and deployment of eco-barriers and eco-boats to capture and remove floating debris.

As a result of these initiatives, the state government estimates that it will surpass its target of treating 80 per cent of sewage that reaches the bay by the Rio 2016 Games.

“In the last three years, the competition areas were already of international standard, due to various initiatives that have been developed in Guanabara Bay,” said Wagner Victer, the president of Rio’s state water and sanitation company. “The only point lacking was at the area where the boats embark, at Marina da Glória. With this project, 100 per cent of the commitments made in relation to the Olympic sailing location will be concluded one year before the Games.”
Marina da Glória staged the first Rio 2016 test event last month, the Aquece Rio International Sailing Regatta.

“We passed the test of the sailing event, which was praised by both the International Sailing Federation and the athletes,” said Rio 2016 President Carlos Nuzman. “We are pleased to see these projects happening because Guanabara Bay is one of the picture-postcard sites of the Games. All these efforts will create a unique setting for Olympic sailing.”