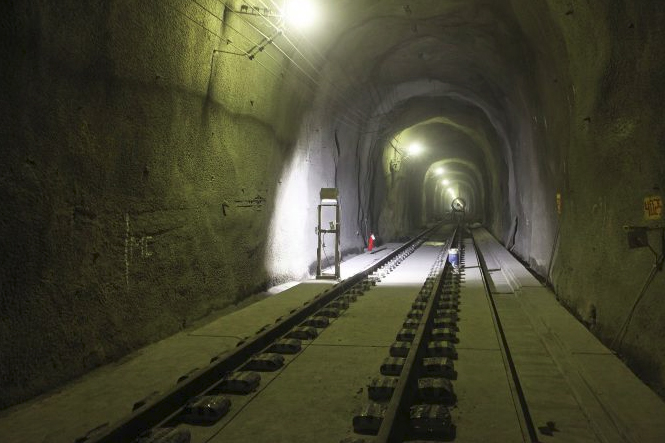 The construction of Line 4 of Rio’s metro service, a crucial project for the 2016 Games and the city’s residents, has reached an important milestone with the installation of 400 metres of track in the first tunnel to be completed.

The new line, scheduled to start operating in 2016, will link Barra da Tijuca – the large neighbourhood in the west of Rio that will host the Olympic Park – with Ipanema in the south zone, providing easy connections onwards to Copacabana, the city centre and north zone.

The tracks have been laid in the tunel that links Barra with São Conrado – it is the largest tunnel in the world that has been dug through rock between two metro stations. Another 300 metres of track will be laid every week. More than 1,100 sections of track – each 18 metres long and weighing more than a tonne – will be used to complete the tracks, in both directions, in the Barra-São Conrado tunnel.