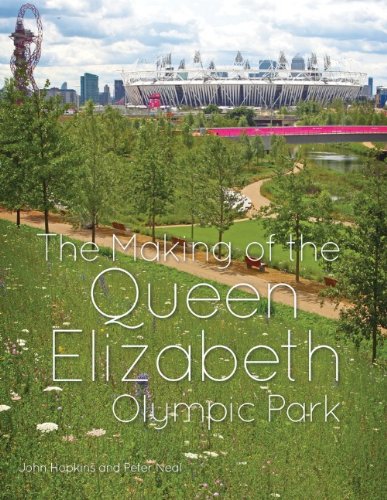 This is the story of The Making of the Queen Elizabeth Olympic Park by the Olympic Delivery Authority. Situated in east London adjacent to Victoria Park, one of the world’s earliest public parks built in the 19th century, the Park provides an innovative blueprint for contemporary urban park design and is recognised as an exemplar sustainable development for the 21st century. As a primary legacy of the London 2012 Olympic and Paralympic Games, the Park was conceived as a new piece of sustainable city, transforming a largely neglected, contaminated, post-industrial district, into a new community for up to 20,000 residents, shifting the centre of gravity of London eastwards.

Written by those at the heart of the project, it draws significantly on contributions from the many experts who have shaped and guided the creation of the Park, including interviews with the key players responsible for delivering the project. It provides the only authoritative account of the planning, design and construction of the Park beginning with the bid to host the games, setting out its historical, philosophical and physical context; describing the strategic fit within the Thames Gateway, Lower Lea Valley and Stratford City; explaining how One Planet Living principles developed by WWF and BioRegional underpinned sustainability throughout the project; and concludes with a ‘Walk in Park’ capturing its essence for both Games and Legacy.

Richly illustrated, it is a unique reference for those involved in the planning, design, delivery and management of sustainable urban parks and new communities on post-industrial and other land, and those seeking to host future Games and other large-scale international events.