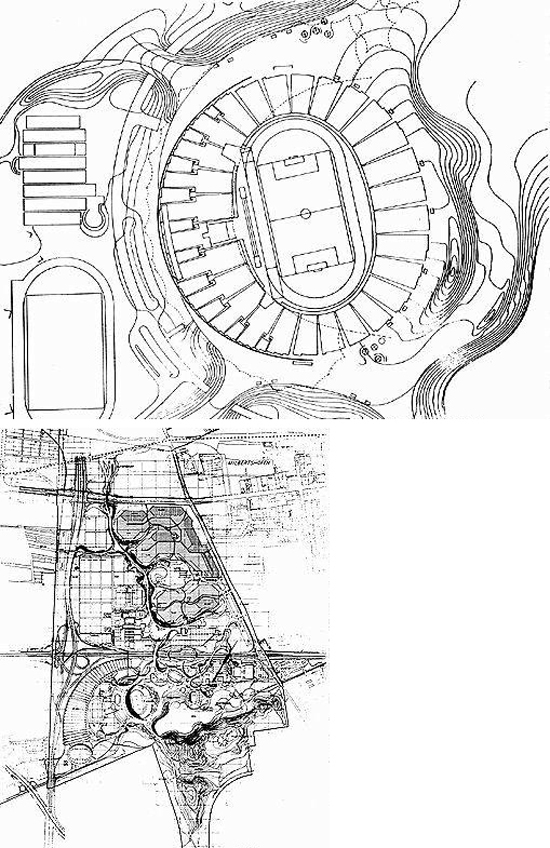 Often mentioned as a pioneer in lightweight tensile and membrane construction, yet overshadowed in the discipline of architecture, Frei Otto along with Gunther Behnisch collaborated to design the 1972 Munich Olympic Stadium in Munich, Germany. With the Olympics having already been held in Berlin in 1936, Otto and Behnisch took the second Olympics games in Germany as an opportunity and a second chance to show Germany in a new light. Their goal was to design a structure that would emulate the games motto: “The Happy Games” as more of a whimsical architectural response that would overshadow the heavy, authoritarian stadium in Berlin.